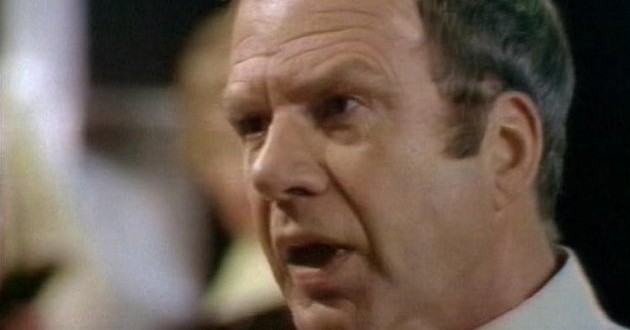 Olaf Pooley, the veteran actor known to generations of sci-fi fans for his dual role as Professor and Director Stahlman in the classic 1970 Doctor Who adventure Inferno, has died at the age of 101.

Olaf Pooley was well known for his role as villainous scientist Professor Stahlman in the 1970s’ Doctor Who serial, ‘Inferno’.

As well as a successful film career with appearances in The Lost People, Highly Dangerous, The Iron Petticoat alongside Katherine Hepburn and Bob Hope and the 1971 horror, The Corpse, he was also a regular on the stage.

He originated the part of Chorley Bannister in Noel Coward’s Peace in Our Time in 1947 and he had roles in productions of Twelve Angry Men, The Tempest and Othello.

In his later years, Pooley retired from acting and turned to painting, and was an artist in residence at the Santa Monica Art Studios.

Olaf Pooley was survived by his two children, Seyton and Kirstie, and four grandchildren.

Web articles – via partners/network co-ordinators. This website and its contents are the exclusive property of ANGA Media Corporation . We appreciate your feedback and respond to every request. Please fill in the form or send us email to: [email protected]
Previous: Serial killer in Niagara Falls? Investigators ponder serial killer after second dismembered body found “Video”
Next: Most Canadian toddlers vaccinated against key childhood diseases, Survey