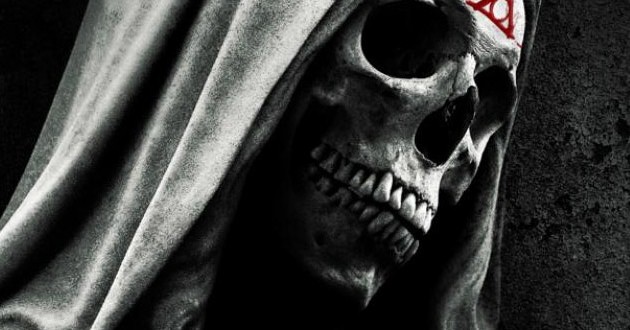 Paranormal Activity: The Marked Ones (2014 movies)

Paranormal Activity: The Marked Ones (2014 movies)

The first box office weekend of the new year has wrapped up and a newly released low-budget horror film took the second slot. Paranormal Activity: The Marked Ones, a sequel distributed by Viacom’s Paramount Pictures, had an estimated weekend gross of over $18 million and came in second to Disney’s Frozen, which was released last month. Can The Marked Ones stay near the top of the chart?

The next day, Jesse awakens with a bite-like mark on his arm, and he discovers that an entity seems to be following him, protecting him from danger. But what initially seems like fun takes a dark turn as Jesse’s body begins to deteriorate along with his state of mind. It’s up to Hector and Marisol to figure out what’s wrong with their friend and act to save him before it’s too late.

Each movie in the Paranormal Activity franchise has been a step down from the previous entry, in part because the formula becomes increasingly stale as time goes on. The Marked Ones tries to reinvigorate things by taking the story out of the Katie-Kristi lineage and by placing a good portion of the action outside the home, thus removing much of the “haunted house” feel of the first four films. However, the level of innovation — which includes using an electronic Simon game as a pseudo Ouija board — isn’t nearly enough to keep it from continuing the series’ trend of creative stagnancy.

As found footage horror movies go, The Marked Ones is actually above average — featuring good special effects, natural performances and lighthearted banter — but it’s the weakest of the landmark Paranormal Activity franchise. The scares are predictable and have minimal impact — a real no-no for a series built on jump-out-of-your-skin moments. Perhaps more disappointing to fans of the previous movies is that the storyline doesn’t further the overall mythology; in fact, it muddies it with details that seem to run counter to what’s happened previously. It’s something we might be able to overlook if The Marked Ones was more adept at drawing us in with any sort of genuine creep factor, but as it stands, this spinoff is a rote, by-the-numbers affair.

Web articles – via partners/network co-ordinators. This website and its contents are the exclusive property of ANGA Media Corporation . We appreciate your feedback and respond to every request. Please fill in the form or send us email to: [email protected]
Previous: Swearing toddler taken into protective custody (VIDEO)
Next: One first-class ticket flights to outer space : $200000 on richard Branson’s Virgin Galactic