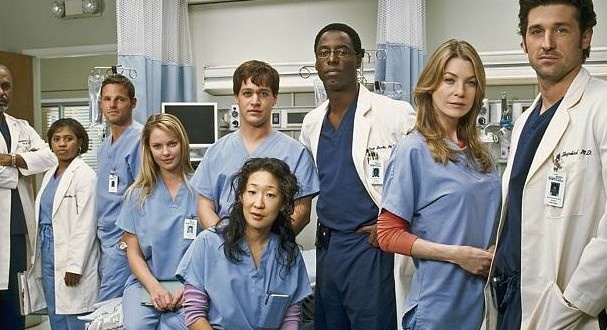 Patrick Dempsey’s time on Grey’s Anatomy could soon be up, with sources saying his “diva” behaviour on the set of the show has infuriated creator Shonda Rhimes.

Patrick Dempsey has had a reduced presence in recent “Grey’s Anatomy” episodes, which the New York Post is blaming on his supposed antics. The paper quotes a “show source” as saying, “Patrick has been acting like a diva and has clashed with Shonda. She suspended him for a while, and the word on set is that he isn’t coming back full time.”

The New York Post says Dempsey’s “time on ‘Grey’s Anatomy’ could soon be up,” even though the outlet acknowledges he is already contracted through the end of the NEXT season. Dempsey very may well continue to have smaller involvement with the show, but the fact is, the amount of airtime he, or any of the cast members, for that matter, will get going forward is yet to be determined, as work on the next season is not set to begin for some time. Until the plot lines are broken down by the writers, it’s ridiculous to say whether he’s coming back “full time” or not, as there’s no evidence yet to back that up.

Furthermore, the paper ran the “diva” story even though Dempsey’s rep point-blank said, “I can confirm that this story is not true.”

For now, fans can look forward to this Thursday’s Dempsey-centric episode of “Grey’s Anatomy,” with new episodes airing until the May 14 season 11 finale. As they say in show business, stay tuned.

Web articles – via partners/network co-ordinators. This website and its contents are the exclusive property of ANGA Media Corporation . We appreciate your feedback and respond to every request. Please fill in the form or send us email to: [email protected]
Previous: Andrej Pejic : Transgender Model Stuns In Vogue (Photo)
Next: Diabetes drug could hold back Alzheimer’s, New Study