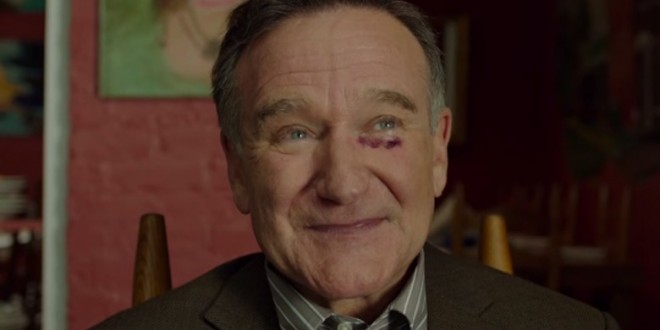 Robin Williams 'Boulevard' Trailer : Actor Goes Dramatic for One of His Final Roles

A trailer for Robin Williams’ final film, Boulevard, has been released – and it showcases the late actor’s impressive dramatic range.

Film critic Peter Debruge wrote in Variety, “This is one of the kindest characters Williams has ever played, which makes his self-imposed turmoil the consequence of not wanting to hurt anyone, least of all his wife all the more tragic.”

Boulevard premiered at the Tribeca Film Festival in April, more than three months before Williams took his own life, and is set to be released in theaters on July 10.

Web articles – via partners/network co-ordinators. This website and its contents are the exclusive property of ANGA Media Corporation . We appreciate your feedback and respond to every request. Please fill in the form or send us email to: [email protected]
Previous: Matthew Shane Wester, Amy Nicole Cox: Ex-teacher indicted for sexual relations with student now married to her
Next: Paulina Gretzky Bikini ‘Photo’: Model Shows Off Post-Baby Body