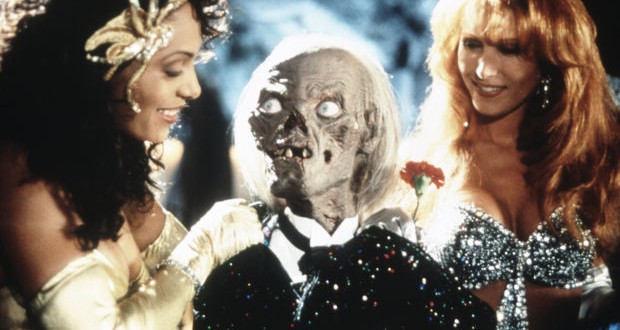 Shyamalan Producing New Tales From the Crypt Series for TNT

“I couldn’t be more excited to be teaming up with Kevin Reilly, Sarah Aubrey and the entire TNT team in this unique endeavor,” said Shyamalan. “To be part of such a beloved brand like Tales from the Crypt, something I grew up watching, and to also have the chance to push the boundaries of genre television as a whole, is an inspiring opportunity that I can’t wait to dive into.”

Shyamalan is joined by partner Ashwin Rajan who both produced the sleeper hit “Wayward Pines” on FOX last summer. In addition to Shyamalan and Rajan, James D. Stern (Looper) is executive-producing with his company Endgame Entertainment. Aloris Entertainment’s John Santilli (The English Teacher) and Dan McKinnon (Missing William) will also executive produce. TNT will announce the additional series to be featured in the horror block in the coming months.

Based on the EC Comics series produced in the 1950s, stories from which the new series will adapt, Tales from the Crypt was previously adapted into a feature film in 1972 and then television on HBO where it ran for seven seasons and 93 episodes. The series featured new stories every week hosted by the iconic Crypt Keeper.

Web articles – via partners/network co-ordinators. This website and its contents are the exclusive property of ANGA Media Corporation . We appreciate your feedback and respond to every request. Please fill in the form or send us email to: [email protected]
Previous: Liam Neeson: ‘Natasha Richardson took singing lessons for our wedding’
Next: Russian doctor punches patient who later dies (Video)