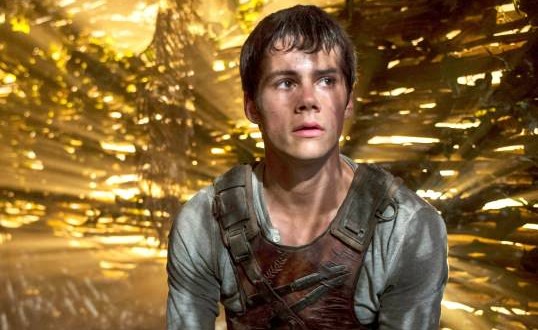 Around every corner, every plot twist, every swinging camera angle is the fast-paced story of a gang of boys with no memory of their pasts having adventures they could never forget. This is life inside The Maze Runner, based on the 2006 novel of the same name.

The film follows a young man Thomas (Dylan O’Brien), who is deposited in a community of boys after his memory is erased, soon learning they’re all trapped in a maze that will require him to join forces with fellow “runners” for a shot at an escape. Will Poulter’s character Gally is a foe of Thomas’ who just wants to maintain order within the Glades and not focus on escaping. Then there is Kaya Scodelario’s Teresa, who proves to be quite the enigma, not only being the only girl in to be dropped into the Glades (and supposedly the last ever), but also because she and Thomas have a strange connection that they can’t quite put their fingers on.

The Maze Runner was filmed in Baton Rouge, Louisiana, a town known for its sweltering heat. Will and Kaya hail from across the pond in England, so when asked about how filming in the South was for them, Will replied, “It was great! I love the South. It was kind of my second time doing it. I think Southern hospitality really exists, and it’s something we really experienced in abundance. The people are so friendly, the food’s insane.” (Wherein Kaya interjected, “Ugh sooo good!”)

“It’s just crazy hot,” Will continued, “Louisiana was madness. It was like 108 [degrees]…but that was actually all apart of the challenge of shooting, and we embraced that. It meant our were jobs easier in a way because we weren’t faking, it was for real.”

“I love it,” Kaya chimed in, ” It’s definitely one of the most interesting places I’ve been in America. I find LA weird. I find LA a bit boring. In the South, I just love it. You can feel the culture, feel the history. Everyone’s got stories to tell, and people are so friendly. I felt so at home.”

When asked about what drew each of them to their characters, Will straight up admitted that, “I wanted to play the dick. I really did, like I wanted to play a guy who was less likable and to me someone who was very, kind of, layered. He’s a very complex individual. I think deep-rooted behind the whole kind of tough guy exterior is a lot of fear and some quite cowardly motives. That was interesting to me, to play someone who’s kind of so in-denial about who he was. Someone who defended not only who he was but also his home so defensively. He’s a very territorial individual and almost animalistic in that sense. This project is a very fresh take on a trending theme of movies. It’s a very unique story and to work with all these people like Kaya, to work with such an awesome group of young, up-and-coming actors. It was really exciting.”

Web articles – via partners/network co-ordinators. This website and its contents are the exclusive property of ANGA Media Corporation . We appreciate your feedback and respond to every request. Please fill in the form or send us email to: [email protected]
Previous: Kendall Jenner Bullied By Models at NYFW (Video)
Next: Japanese scientists’ banana peel study wins Ig Nobel award