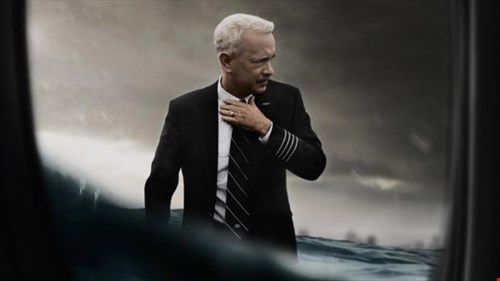 The Miracle on the Hudson is being tackled in a major new film starring Tom Hanks and directed by Clint Eastwood – and this is a first look.

On January 15, 2009, US Airways Flight 1549 landed in the Hudson river after a collision with a flock of geese caused both engines to fail. The plane had only climbed to 2,800 feet, but the man piloting the aircraft—Chesley B. “Sully” Sullenberger II—diverted the flight from a sure disaster, and saved the lives all 150 passengers on board.

Now, with the help of director Clint Eastwood, the hair-raising story is being remembered in a film starring Tom Hanks as the heroic pilot. Watch the trailer for Sully above.

Slate points out that the total journey of Flight 1549 lasted three minutes, so the film doesn’t entirely take place in an airplane cabin. After the plane splashed into the Hudson, there was elation and relief, but also controversy and recriminations facing captain Sully. The episode was later remembered as “The Miracle on The Hudson,”—you can check out a 2009 news segment about it here.

Web articles – via partners/network co-ordinators. This website and its contents are the exclusive property of ANGA Media Corporation . We appreciate your feedback and respond to every request. Please fill in the form or send us email to: [email protected]
Previous: Pop-punksters Sum 41 Release Video For New Track Fake My Own Death
Next: ‘The Legend of Tarzan’ gets lost in the jungle (Trailer)