Home » Movies - Series » Under the Dome Canceled By CBS, Will Conclude in ‘September’ 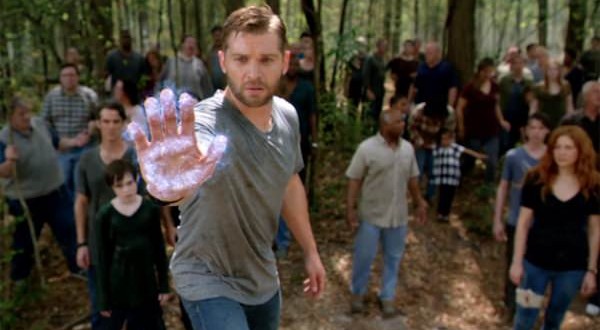 Under the Dome Canceled By CBS, Will Conclude in September

Under the Dome Canceled By CBS, Will Conclude in ‘September’

“Under the Dome” will wrap up with its current season, as the Season 3 ender will serve as the series finale, Variety has learned. The drama, based on Stephen King’s novel, has been cancelled and will not return for a fourth season.

Under the Dome, the CBS series based on Stephen King’s novel of the same name, is ending its run after three seasons. The network announced that the show — which has veered quite a distance away from King’s book — would finish up on September 10 with the third season (now series) finale, which CBS promised would wrap up the story.

Under the Dome was an immediate hit when it debuted in the summer of 2013, proving that a new series could actually premiere successfully during the off-season. But the ratings have gradually slid ever since from the series high of 3.3 among adults 18-49 to a meager 1.8.

Apparently the dome that has sealed off the Maine town of Chester’s Mill for three seasons will come down in the final episode, but as someone who stopped watching after the first year, I’m frankly surprised the show got this far. If you ever want to catch up, all three seasons will continue to stream on Amazon Prime.

Web articles – via partners/network co-ordinators. This website and its contents are the exclusive property of ANGA Media Corporation . We appreciate your feedback and respond to every request. Please fill in the form or send us email to: [email protected]
Previous: Michelle Carter: ‘Massachusetts teen’ urged boyfriend to commit suicide
Next: Elisabeth Hasselbeck, Rosie O’Donnell Fight: Actress Responds To The Dumbest ‘#BlackLivesMatter’ Question