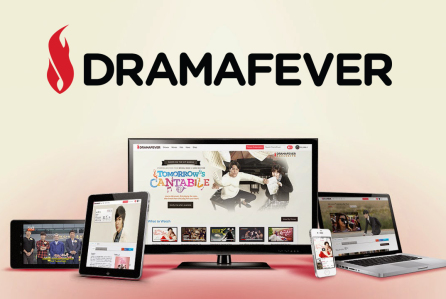 While DramaFever is best known for its library of K-dramas, it owns the American streaming rights for a varied selection of international programming, including 18 different titles from the BBC. By adding DramaFever to its roster of properties, Warner Bros. (which is itself owned by Time Warner) can increase its influence among international viewers and millennials.

“This is a great fit for Warner Bros.,” said Craig Hunegs, President of Business and Strategy at Warner Bros. Television Group, in a press release. “With Warner Bros.’ resources, we will rapidly enhance and grow the DramaFever channel. As importantly, we are bringing to Warner Bros. a great and talented team, led by Seung Bak and Suk Park, that will move quickly with our own distribution and creative teams to create and build more OTT services.”

Warner Bros. is acquiring DramaFever from Japanese media company SoftBank, which has been the streaming platform’s parent company since acquiring it in October 2014. Financial details of the deal were not disclosed, though Warner Bros. stated it plans to complete its acquisition during the second quarter of 2016.

Web articles – via partners/network co-ordinators. This website and its contents are the exclusive property of ANGA Media Corporation . We appreciate your feedback and respond to every request. Please fill in the form or send us email to: [email protected]
Previous: Polar bear kills, eats cub in front of mother (Video)
Next: Johnson and Johnson hit with $72 million damages in talc cancer case, Report