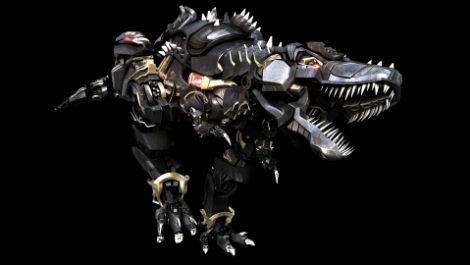 New Line Cinema’s comedy ‘Tammy’ earned itself a few important taglines this week, including ‘Number One Comedy in America,’ but failed to surpass the high-octane draw of Michael Bay’s latest robot-battle ‘Transformers: Age of Extinction’ for the number one movie in the land.

Michael Bay’s 4th installment of the Transformer franchise did an estimated $10.6 million Friday night with estimates that the Friday-Sunday numbers should be around $40 million.

McCarthy’s R-rated comedy Tammy came in second Friday night, bringing in $6.3 million and should see somewhere around the $22 million mark for the extended three day weekend.

Looking overseas to China, the world’s second largest movie market, overall total estimates so far are at $134 million compared to $149 million in the U.S. market. Paramount’s strategy to swoon the Chinese market seems to have worked. Movie makers chose to film some action scenes on Chinese soil as well as employ four actors that were cast through a reality TV show in China – four winners received roles in the film.

The numbers are impressive and puts Transformers 4 on course to top Avatar as the biggest China box office earner ever, which earned $218 million in 2010.

Web articles – via partners/network co-ordinators. This website and its contents are the exclusive property of ANGA Media Corporation . We appreciate your feedback and respond to every request. Please fill in the form or send us email to: [email protected]
Previous: John Cena takes new role?
Next: Researchers Find ‘Switch’ Which Makes You Sleep