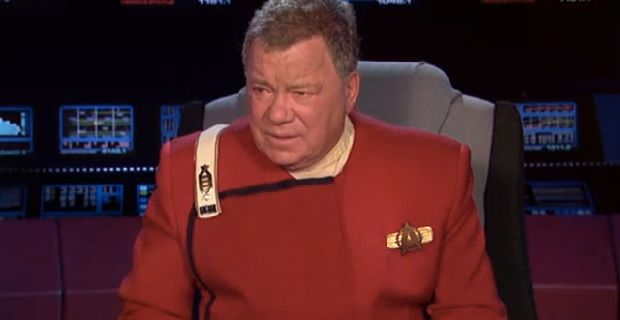 According to a recent rumor, William Shatner and Leonard Nimoy have been asked to reprise their roles in “Star Trek 3,” an opportunity that Nimoy took in the 2009 “Star Trek” reboot, but Shatner passed since he considered the role too small.

J. J. Abrams: “I’m calling because the director of Star Trek, the next movie, has had an idea where you might be involved, so I’m calling to find out whether you would be interested.”

Of course, William Shatner responded: “I’ll bet you J.J.’s frothing at the mouth at this point. So the news is out that they have an idea that they want Leonard and myself…they might want Leonard and myself in it. But I would love to do it. But how do you get me fifty years later into the movie? I mean how do you rationalize it. I know it’s science fiction, but even I couldn’t come up with an idea. So that’s the news on that.”

Web articles – via partners/network co-ordinators. This website and its contents are the exclusive property of ANGA Media Corporation . We appreciate your feedback and respond to every request. Please fill in the form or send us email to: [email protected]
Previous: Victoria, BC : Rare white-sided dolphins spotted (Video)
Next: Anthony Schlegel : Ohio State assistant slams interloping fan (Schlegel Video)