Home » Movies - Series » Zombieland : Ruben Fleischer back on board as director 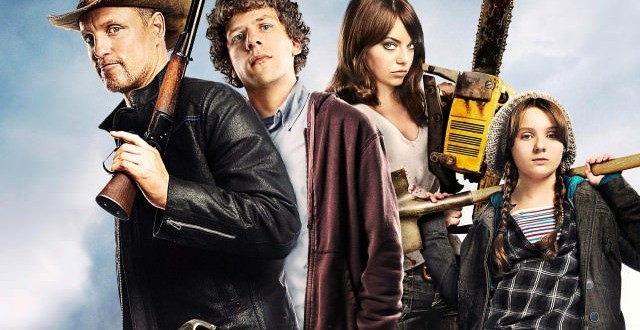 Zombieland : Ruben Fleischer back on board as director

Zombieland : Ruben Fleischer back on board as director

Sony Pictures are keen to follow-up their 2009 zombie horror hit with a sequel. Some five years after the fact, Zombieland 2 has now bagged a writer to pen the next stage of Ruben Fleischer’s zombie apocalypse story.

Deadline reports that Callaham, who has written the ‘Expendables’ films (eh), ‘Doom’ (ehhh), and has a story credit on ‘Godzilla‘ (that’s better), has been hired to write ‘Zombieland 2,’ with Fleischer set to get back in the director’s chair. Since then, Fleischer has directed the films ’30 Minutes or Less’ and ‘Gangster Squad,’ as well as episodes of ‘Escape My Life’ and ‘Funny or Die Presents.’

No word yet on who, if anyone, from the cast will reprise their roles for a sequel. Seems likely that a new installment might follow a different group of survivors as Eisenberg, Stone, and Harrelson have all been rather busy on other projects and have become a bit more in-demand since then. The only question mark might be Abigail Breslin, who has taken a liking to horror in recent years and could be game for another go-round.

There’s also the question of whether or not the sequel will follow in the first film’s footsteps of including another awesome cameo on par with that of Bill Murray‘s — who would you guys like to see make a cameo in a ‘Zombieland’ sequel? Maybe they can get Rick Moranis out of retirement.

Web articles – via partners/network co-ordinators. This website and its contents are the exclusive property of ANGA Media Corporation . We appreciate your feedback and respond to every request. Please fill in the form or send us email to: [email protected]
Previous: Two Deaths From Ebola Hoax
Next: Warn the children: Lena Dunham launches tour for book of adult essays