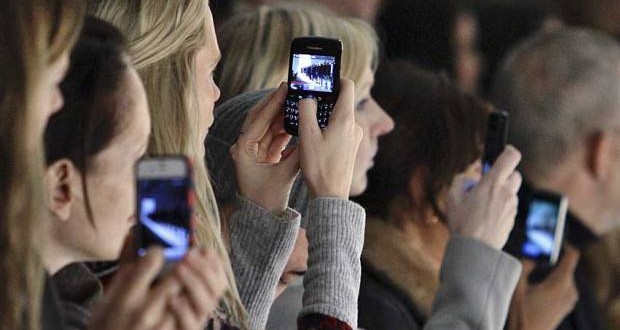 Canada's wireless tops the US and UK in speed, reliability, new study says

Canada’s wireless tops the US and UK in speed, reliability, new study says

Cell service in Vancouver, along with Toronto and Montreal, is faster and steadier than it is stateside, says a new report from RootMetrics, a U.S.-based research firm. But Vancouver in particular has a, get this, “3G sticky” problem.

RootMetrics recently drove more than 4,500 kilometers and performed more than 71,000 data, call and text tests using the same phones that consumers can purchase, off the shelves, at their operator’s stores. The company tested the “Big Three” networks, plus regional networks WIND (in Toronto and Vancouver) and Videotron (in Montreal).

Results show that the three major mobile operators and Videotron provide Canadians a fantastic mix of speed and reliability that is comparable to, or exceeds, what RootMetrics has observed in U.S. and UK cities. Bell, Rogers and Telus each won a total of 18 awards, with Bell bringing home the most 1st-place awards (11 outright + ties). You can view the reports here.

Fast Data Speeds Give Rogers the Edge in Vancouver, BC
In Vancouver, the “Big Three” operators performed at a high level in almost all tests. Although Rogers either won outright or tied in every performance category, Bell and Telus weren’t far behind. What gave Rogers the edge over the competition was its upload and download speeds.

Though still fast networks, Bell and Telus were slower in Vancouver than in the other two Canadian cities RootMetrics tested. Although both carriers offer LTE, RootMetrics tests stayed on 3G more than expected. In fact, RootMetrics connected to LTE less than the testing it performed a year ago.

In contrast to these faster networks, WIND was nearly 20 times slower than Rogers in the RootMetrics median download testing. RootMetrics also encountered more data and call failures on WIND than other networks tested in Vancouver. The final overall performance category results for Vancouver:

There is good news for data users in Toronto. Not only did RootMetrics connect to the LTE networks in almost every test, but all of the “Big Three” scored an impressive 99.0 or above in the data category.

In Montreal, Great Performance Across All Operators
In every category and across every mobile operator, performance in Montreal stood out. Results showed scores of 95.0 or higher in every category. The widest disparity was in the call performance category: Bell scored a perfect 100, while Rogers had the “low” score of 95.6.

At 47.3 Mbps, Rogers recorded the highest median download speed ever seen in any of the extensive RootMetrics testing across the U.S., UK or Canada.

And, RootMetrics was able to access LTE more than 90% of the time for all four mobile operators in Montreal.

Montreal consumers also have one of the best regional operators that RootMetrics has seen. Videotron performed as well as, or better than, the national operators in nearly every category. Videotron has a network sharing agreement with Rogers, and RootMetrics consistently accessed LTE on both operators’ networks.

“Network speeds grab the headlines, but we test the full range of your mobile experience,” said Bill Moore, CEO and President of RootMetrics. “The great news for Canadians is that we found tremendous performance across nearly every category we measure. Speeds were top-notch for the three national operators. But so were reliability, data, call, and texting performance. Consumers have several good options to deliver not just fast speeds but consistent network access.”

Reliability and Speed
RootMetrics provides two standalone indices within the RootScore Reports that give consumers a clear view of each network’s reliability and speed performances. The Network Reliability Index is based on a combination of results from data, call, and text tests, while the Network Speed Index includes data and text results. Looking at the network reliability and speed indices in conjunction with Combined RootScores offers the most comprehensive look at a typical mobile experience.

Vancouver
In Vancouver, Rogers ranked highest for both network reliability, and was recognized as the outright leader in network speed.

Toronto
In Toronto, Telus and Bell shared the top ranking in network in both the reliability and speed indices.

More than 71,000 tests in Canada’s three largest metro areas
This is the second set of RootMetrics reports on Canada’s mobile experience. RootMetrics also provides reports for U.S. and UK wireless carriers. To evaluate the mobile experience in Vancouver, Toronto and Montreal, RootMetrics conducted 71,607 call, data, and text tests on the networks of Bell, Rogers, Telus, WIND (in Toronto and Vancouver) and Videotron (in Montreal) during all hours of the day and night. Testing took place in Vancouver from 8/30 to 9/5, 2014, in Toronto from 9/8 to 9/15, 2014 and in Montreal from 9/17 to 9/25, 2014. The tests were conducted using the RootMetrics RootScout app running on Android-based, consumer smartphones purchased off-the-shelf from carrier stores. Tests were performed indoors (at 107 locations) and outdoors during drive tests (covering 4,528 kilometers). For details about the results, see the methodology section of the RootMetrics website. Mobile performance varies depending on where people live, work, or otherwise spend time.

Web articles – via partners/network co-ordinators. This website and its contents are the exclusive property of ANGA Media Corporation . We appreciate your feedback and respond to every request. Please fill in the form or send us email to: [email protected]
Previous: 6-year-old BC girl possibly exposed to HIV during routine vaccination
Next: Scientists Found the Physics of Space Weather