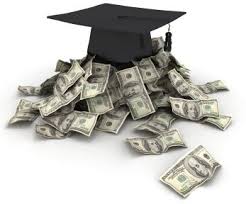 Competition can be fierce in today’s post-financial crisis job market, so ensuring a secure future starts with planning a course of college study that will garner a lucrative, long-term career. Which college you attend definitely makes a difference, but the type of major that produces an in-demand degree is paramount.

Here are three current college majors that can net you a huge paycheck within a few years and hold the promise of excellent job growth over the long term.

1. Petroleum engineering
This is the creme de la creme of engineering majors at the moment, thanks to the United States’ drilling down on domestic energy production over the past few years. According to PayScale, graduates with a degree in petroleum engineering typically start out at a higher wage than most, at $98,000, and attain a midcareer income level of a sweet $168,000 after 15 years in the field. Not bad for a four-year degree!

According to the Bureau of Labor Statistics, the 2010 median pay for a job that falls within the parameters of this degree was $114,080, with a growth factor of 17%, which was considered average at the time.

Since then, the energy boom seems to have made this degree much more popular — and lucrative. A study using census data collected prior to 2011 showed petroleum engineers reporting a median salary of $120,000, while a recent survey by the Society of Petroleum Engineers showed a 2012 median salary of $166,753, much closer to PayScale’s numbers. The SPE salary levels represented a 12.4% increase from 2011 to 2012, and did not include bonuses. With extra bonus income factored in, the average reported income jumped to $223,472.

2. Actuarial mathematics
For those who like combining number crunching with risk assessment, a bachelor degree in actuarial mathematics is just the ticket to a lifetime of learning, as well as plump paychecks. This occupation was recently rated as the Best Job of 2013 by CareerCast, which noted the nerdy attraction of statistical analysis with constant on-the-job intellectual stimulation.

As for salary, math lovers have hit the jackpot, since the BLS listed the job as having a median pay level of $87,650 back in 2010. Not only that, but the outlook is very rosy, with a faster-than-average job growth potential of 27%. PayScale reports a midcareer salary of $112,000 for positions that require an actuarial mathematics degree.

3. Computer science
A four-year degree in computer science will prepare graduates for positions such as computer information systems manager, which pays an entry-level salary of more than $58,000 annually and midcareer salary levels in the six-figure range. For those with at least five years’ experience, BLS noted that a salary of $115,780 per year was the median pay level in 2010. The job growth outlook is predicted to be about 18% through the year 2020.

Obtaining a college degree is often the largest investment you can make in your future, so it pays to take the time necessary to research the areas of study that will give you the most bang for your educational buck. These three examples prove that choosing the right major will reward you with a skill profile that will guarantee you a lifetime of financial security.

Web articles – via partners/network co-ordinators. This website and its contents are the exclusive property of ANGA Media Corporation . We appreciate your feedback and respond to every request. Please fill in the form or send us email to: [email protected]
Previous: Bob Barker returns to ‘Price is Right’ today For 90th Birthday
Next: Food Tech Start-up Aims to Replace Eggs, chickens