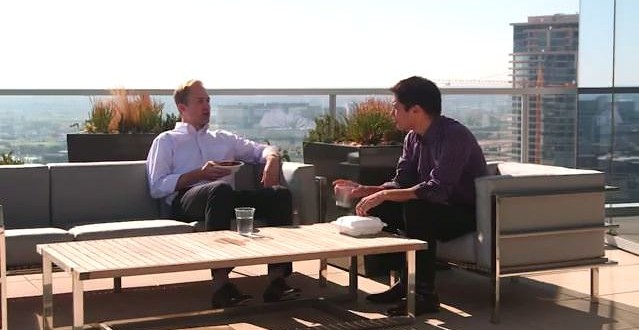 Glassdoor : Best companies to work for 2014

Glassdoor : Best companies to work for 2014

Glassdoor just released its sixth annual 50 Best Places to Work for 2014. The list forecasts which companies will be the best to work for in 2014 based on anonymous surveys of current and former employees at companies with a minimum of 1,000 workers. More than half a million reviews were submitted to build the list.

This year’s top 5 are Bain & Co., Twitter (NYSE: TWTR ) , LinkedIn (NYSE: LNKD ) , Eastman Chemical (NYSE: EMN ) , and Facebook (NASDAQ: FB ) . Global consulting firm Bain, which also ranked first in 2012, has reclaimed the top spot from Facebook, which dropped out of the top three for the first time in four years. (Bain, based in Boston, collects workplace awards at an impressive rate, not only from Glassdoor but also from Working Mother and Consulting magazines and the Human Rights Campaign).

Second-ranked Twitter is brand-new to the Top 50, as are Disney and Chick-Fil-A. Costco Wholesale (NASDAQ: COST ) , which has a long-standing reputation for employee satisfaction, jumped from #46 on last year’s list to #16 this year, the biggest climb of any company on this list.

Several grocery companies rang up high scores, including Costco, which rates high across the board on pay, benefits, and room for advancement; and regional chains HEB, Publix, and Wegman’s.

Consumer products that earned employee loyalty are Procter & Gamble, Nike, and Nestle’s Purina, where dogs are welcome at the company’s corporate offices and there’s an on-site dog park.

Old and new energy companies have workers fired up. On the list are Chevron, oil and gas equipment provider Cameron International, and SolarCity, which installs photovoltaic systems for homeowners and businesses. SolarCity’s enterprise clients include Wal-Mart, the U.S. military, and cities and schools around the country.

Chain restaurants that serve up worker satisfaction are Starbucks, Chick-Fil-A, and Texas Roadhouse. At a time when fast-food workers around the country are starting to organize strikes, Chick-Fil-A gets high marks for flexible hours and Sundays off. Starbucks’ policy of granting benefits to both full and part-timers gets warm reviews from its baristas.

What makes a winning company?
No matter what industry the winners are in, they have several things in common, said Glassdoor senior vice president of people Allyson Willoughby.

“The companies that ranked highly have a mission-driven company culture. People really feel like they have a purpose at their job every day. They say they’re making a difference in the world and changing things for the better. Almost every person on the planet would love that.”

Other frequently mentioned reasons for rating a company up are working with the best and the brightest, having challenging work, getting opportunities to advance, and senior leadership with clear vision and a transparent management style, Willoughby said.

No perk budget? No problem
Many of the top companies do offer amazing perks to their workers. Consider Bain’s array of flexible work options, LinkedIn’s free fitness classes, and Twitter’s gratis daily breakfasts and lunches. (See the video below the top 50 list — but not on an empty stomach.) But perks aren’t what Glassdoor’s survey respondents rave about.

“When you roll out a new perk it can give a positive blip,” Willoughby said, “but they lose their shine pretty quickly.”

And that’s good news for any business that wants to boost worker satisfaction and retention, per Willoughby: “Challenging work, room for advancement, and transparent management — almost all of these are things that employers can do with no or very little money spent. The things that really resonate with employees are things that any company can roll out.”

Glassdoor’s Top 50 (and the 50 Best Medium-Size Companies to Work For) is based wholly on anonymous, validated reviews of enterprises with 1,000 or more employees. Reviews come from current and past employees who rate employers on a scale of 1 to 5 in areas from pay to whether they would recommend the business to a job-seeking friend. Results are tallied from a total of 500,000 reviews submitted over the past year.

Web articles – via partners/network co-ordinators. This website and its contents are the exclusive property of ANGA Media Corporation . We appreciate your feedback and respond to every request. Please fill in the form or send us email to: [email protected]
Previous: Amsterdam alcoholics work for beer : Report
Next: Britons entrants sought for Naked Sledding World (VIDEO)