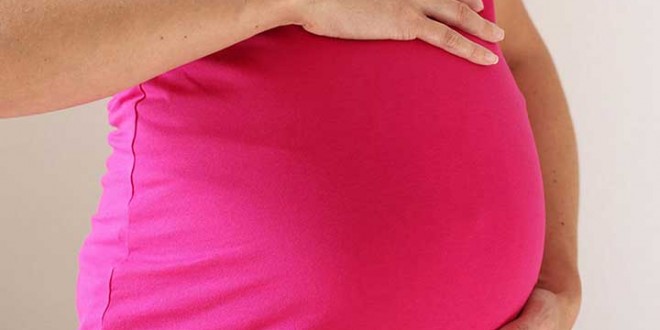 Women who gain too much weight during and after pregnancy could increase the risk that their child will be overweight or obese in adolescence, a new study from the Netherlands suggests.

Scientists at Columbia University’s Mailman School of Public Health studied the association between gestational weight gain and long-term weight retention and body fat among a multi-ethnic urban population. The results show that mothers with excessive weight gain during pregnancy weighed more and had greater body fat seven years after delivery if they began pregnancy at normal or slight overweight. The findings suggest that excessive gestational weight gain has long-term consequences for women who are normal weight or a little overweight before pregnancy. Findings are published online in the journal American Journal of Clinical Nutrition.

Findings were based on data from 302 African-American or Dominican mothers enrolled in the Columbia Center for Children’s Environmental Health Mothers and Newborns Study in Northern Manhattan and the South Bronx from 1998 to 2013.

Before pregnancy, 5 percent of the African-American and Dominican women studied were underweight, 53 percent were normal weight, 20 percent of overweight, and 22 percent were obese. Overall, a majority of mothers (64 percent) gained more weight during pregnancy than recommended by the 2009 Institute of Medicine Guidelines, (IOM) and 38 percent were obese seven years later.

Among mothers who were not obese before pregnancy, mothers with excessive weight gain had a nearly 400% increased risk of obesity seven years after giving birth.

Even more striking, the effects of excessive pregnancy weight gain more markedly affected mothers with lower pre-pregnancy BMI, specifically underweight, normal weight and modest overweight. For example, for a woman with a prepregnancy BMI of 22 (normal weight), high gestational weight gain was associated with 3 percent higher body fat and 12 pounds greater weight at seven years after delivery. However, for a prepregnancy BMI of 30 (obese), excessive pregnancy weight gain was not associated with significantly higher body fat or weight at seven years.

“Gestational weight gain greater than the IOM recommendations has long-term implications for weight-related health,” said Elizabeth Widen, PhD, RD, postdoctoral fellow at the New York Obesity Research Center in the Department of Medicine, Department of Epidemiology, and Institute of Human Nutrition. “The findings also suggest that normal and modestly overweight women may be more physiologically sensitive to effects of high gestational weight gain and, therefore, need to be further supported to gain weight appropriately during pregnancy.”

In 2009, the Institute of Medicine issued revised recommendations for gestational weight gain for use in conjunction with clinical judgment by healthcare providers. According to the guidelines, women in a normal weight range before pregnancy should gain 25-35 lbs during pregnancy or approximately 1 lb per week in the second and third trimester. Recommendations for underweight are 28-40 lbs, overweight are 15-25 lbs, and obese are 11-20 lbs.

Despite the recommendations, most women in the United States gain above these guidelines. In recent estimates, 47 percent of women had a gestational weight gain greater than IOM guidelines.

According to Andrew Rundle, DrPH, associate professor of Epidemiology, “During the course of this study, there was an overall increase in obesity nationwide, likely driven by changes in food policies and the retail food environment, and increases in portion sizes, coupled with physical activity patterns that did not balance out increases in energy intake. These trends likely affected all of our study participants, but our research shows that in addition, women who experienced excessive gestational weight gain also experienced sustained increases in fat mass and weight.”

Web articles – via partners/network co-ordinators. This website and its contents are the exclusive property of ANGA Media Corporation . We appreciate your feedback and respond to every request. Please fill in the form or send us email to: [email protected]
Previous: Crocodiles sleep with one eye watching; New Study Shows
Next: Invasive Zebra Mussels found further north in Lake Winnipeg (Video)