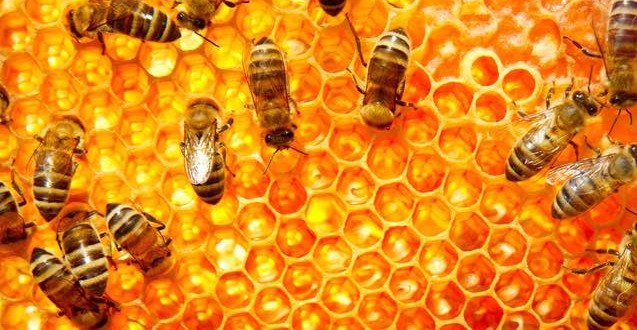 A new program at Kwantlen Polytechnic University (KPU) in the Lower Mainland is hoping to create buzz in B.C.’s agriculture.

The university will introduce B.C.’s first commercial beekeeping program in January, and by November 2016 its graduates will have the skills to work in, manage and grow existing beekeeping operations or establish and grow their own diversified cottage beekeeping business of up to 300 hives.

“There is a bee shortage in B.C.,” says Jim Pelton, executive director of Continuing and Professional Studies at KPU. “Our aim is to bolster B.C.’s beekeeping industry by providing the training that will allow our students to meet the province’s growing pollination demands.”

The program couldn’t be timelier. Pollination-dependent crops comprise an increasing portion of the B.C. agricultural landscape, with honeybee pollination already responsible for more than $200 million per year in agricultural production.

Based on three hives per acre, the province’s 20,000 acres of blueberry farms alone require 60,000 bee colonies for pollination. With only 45,000 commercial bee colonies in B.C., these farms import colonies from Alberta to meet demand.

The 16 initial graduates of KPU’s program could increase B.C.’s honey production by $250,000 per year while supporting more than $6 million in agricultural production, even if they just worked part-time managing small 50-colony operations.

“Our graduates will have the skills to work in, manage and grow existing beekeeping operations or establish and grow their own diversified cottage beekeeping business that could include pollination, honey and apitherapy,” says Pelton.

Funding of $350,000 for the beekeeping program was provided by Agriculture and Agri-Food Canada and the B.C. Ministry of Agriculture through programs delivered by the Investment Agriculture Foundation of B.C.

“Increasing the educational opportunities available to beekeepers will boost the efficiency of the bee industry,” says Cathy McLeod, Member of Parliament for Kamloops-Thompson-Cariboo. “A healthy bee population is integral to a successful harvest, a prosperous agriculture industry and a strong economy.”

“Honeybees play a critical role in British Columbia agriculture as pollinators of crops and contributing an estimated $275 million to our provincial economy,” says B.C. Agriculture Minister Norm Letnick. “Congratulations to KPU on offering this important program and training B.C.’s next generation of beekeepers.”

“As a berry producer in the Lower Mainland, I understand firsthand how vital it is to maintain a healthy beekeeping industry in BC,” says IAF chair Ken Bates. “We’re proud to work with KPU on a project that responds to our province’s growing pollination needs while mentoring tomorrow’s farmers.”

John Gibeau, president of the Honeybee Centre in Cloverdale, helped develop the program outline and will be part of the advisory committee of apiculture industry partners who are guiding curriculum development in preparation for the first student cohort in January. The curriculum will include a work experience practicum, where students can gain a real-world perspective of the industry.

Gibeau, who has some 45 years experience as a beekeeper, calls the program a “sweet deal” because it sets up grads for family-supporting careers, plus includes a five-month paid practicum equivalent to a trades apprenticeship.

Then there is the profession itself, says Gibeau, He estimates a family can bring in revenue of about $100,000 a year and work until retirement.

“A career in professional beekeeping offers the freedom and independence of entrepreneurship, and you’re outdoors where it’s fresh, you’re grounded and you’re surrounded by nature with your kids. It’s a wonderful career.”

From a market perspective, Gibeau says honey continues to gain popularity as the healthiest sweetener, driving worldwide demand and sending prices soaring. Gibeau’s Honeybee Centre offers three-day hobbyist courses and has taught just under 1,000 people over the years, but less than a handful of those hobbyists have gone on to become commercial beekeepers.

“The timing is right for this program and it’s the sweetest deal ever,” he quips.

Web articles – via partners/network co-ordinators. This website and its contents are the exclusive property of ANGA Media Corporation . We appreciate your feedback and respond to every request. Please fill in the form or send us email to: [email protected]
Previous: Jessica Simpson Defends Super Sexy “50 Shades” Pics With Eric Johnson!
Next: New mosasaur fossil gets companion display at Manitoba museum