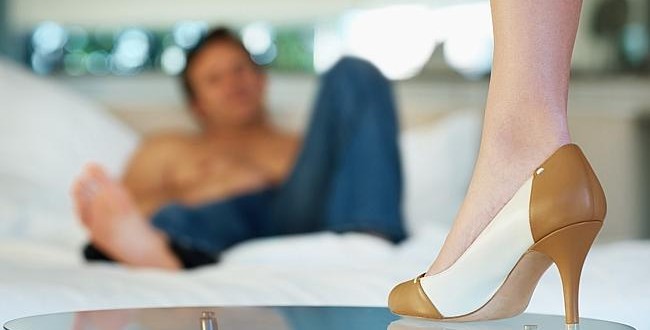 A new study has found that men who have multiple sexual partners are a third less likely to develop prostate cancer.

Compared to men who have had only one partner during their lifetime, having sex with more than 20 women is associated with a 28% lower risk of one day being diagnosed with prostate cancer, according to researchers at the University of Montreal and INRS – Institut Armand-Frappier. However, having more than 20 male partners in one’s lifetime is associated with a twofold higher risk of getting prostate cancer compared to those who have never slept with a man.

Marie-Elise Parent and Marie-Claude Rousseau, professors at university’s School of Public Health, and their colleague Andrea Spence, published their findings in the journal Cancer Epidemiology. The results were obtained as part of the Montreal study PROtEuS (Prostate Cancer & Environment Study), in which 3,208 men responded to a questionnaire on, amongst other things, their sex lives. Of these men, 1,590 were diagnosed with prostate cancer between September 2005 and August 2009, while 1,618 men were part of the control group.

Risk associated with number of partners

Overall, men with prostate cancer were twice as likely as others to have a relative with cancer. However, evidence suggests that the number of sexual partners affects the development of the cancer.

When a man has slept with more than 20 women during his lifetime there is a 28% reduction in the risk of having prostate cancer (all types), and a 19% reduction for aggressive types of cancer. “It is possible that having many female sexual partners results in a higher frequency of ejaculations, whose protective effect against prostate cancer has been previously observed in cohort studies,” Parent explained.

According to some studies, the underlying mechanism of this protective effect is in reducing the concentration of cancer-causing substances in prostatic fluid or lowering the production of intraluminal crystalloids. It should be noted that for all participants, the age at which they first had sexual intercourse or the number of sexually transmitted infections (STIs) they had contracted did not affect the risk of prostate cancer. Moreover, only 12% of all participants reported having had at least one STI in their lifetime, which is few.

The data indicate that having only one male partner does not affect the risk of prostate cancer compared to those who have never had sexual intercourse with a man.

Parent, Rousseau, and Spence are specialists in prostate cancer and are the first research team to suggest that the number of female partners is inversely associated with the risk of developing cancer.

“We were fortunate to have participants from Montreal who were comfortable talking about their sexuality, no matter what sexual experiences they have had, and this openness would probably not have been the same 20 or 30 years ago,” Parent explained. “Indeed, thanks to them, we now know that the number and type of partners must be taken into account to better understand the causes of prostate cancer.”

Does this mean public health authorities will soon be recommending men to sleep with many women in their lives? “We’re not there yet,” Parent said.

Web articles – via partners/network co-ordinators. This website and its contents are the exclusive property of ANGA Media Corporation . We appreciate your feedback and respond to every request. Please fill in the form or send us email to: [email protected]
Previous: Skin-eating fungus imperils world’s salamanders, New Study
Next: Three flu-related deaths in Alberta already this season