Home » Press Releases » UBC Researchers may have stumbled upon the secret to youthful skin, Report 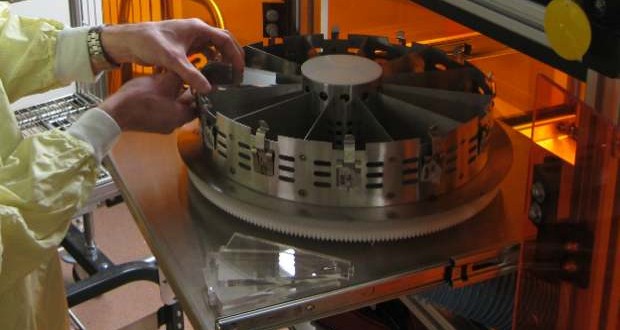 UBC Scientists may have stumbled upon the secret to youthful skin

UBC Researchers may have stumbled upon the secret to youthful skin, Report

Researchers at the University of British Columbia searching for ways to slow the deterioration of blood vessels may have stumbled on to the key to youthful skin.

The findings, published last week in Aging Cell, raises hope for a drug that would block the activity of Granzyme B in certain places, and thus prevent the aging and deterioration of tissues that depend on collagen – not just skin, but blood vessels and lung passages.

viDA Therapeutics, a company co-founded by David Granville, a professor in the Department of Pathology and Laboratory Medicine and a principal investigator in the Centre for Heart Lung Innovation of UBC and St. Paul’s Hospital, is currently developing a Granzyme-B inhibitor based on technology licensed from UBC. The company plans to test a topically applied drug within two years on people with discoid lupus erythematosus, an autoimmune disease worsened by sunlight that can lead to disfiguring facial scarring. (The musician Seal has such a condition.)

If the drug proves effective in preventing lupus-related skin lesions, there is potential for a cosmetic product to prevent the normal, gradual aging of the skin, which is mostly caused by sun exposure. But the drug might also be used for life-threatening conditions, such as aneurysms and chronic obstructive pulmonary disease, caused by the breakdown of collagen and other proteins that provide structure to blood vessels and lung passages.

A serendipitous discovery: Granville was investigating the role of Granzyme B in atherosclerosis and heart attacks. He and his team wanted to see if the blood vessels of mice lacking Granzyme B were more resistant to hardening and narrowing, which is a major cause of heart attacks in human. In the process, they discovered that such mice retained youthful-looking skin compared to the aged skin on normal mice.

An experimental tanning bed: Granville’s team constructed a device to simulate sun exposure on mice. Each mouse was put in a carousel that slowly turned under UV lamps, exposing them for three to four minutes, three times a week – enough to cause redness, but not to burn.

After 20 weeks of repetitive exposure, it became clear that the skin of mice lacking Granzyme B had aged much less – and their collagen was more intact – compared to the control groups.

Web articles – via partners/network co-ordinators. This website and its contents are the exclusive property of ANGA Media Corporation . We appreciate your feedback and respond to every request. Please fill in the form or send us email to: [email protected]
Previous: Jennifer Bigelow : Former sex worker calling for overnight drop-in centre in Vanier
Next: Christopher Husbands found guilty of 2nd-degree murder in Eaton Centre shooting