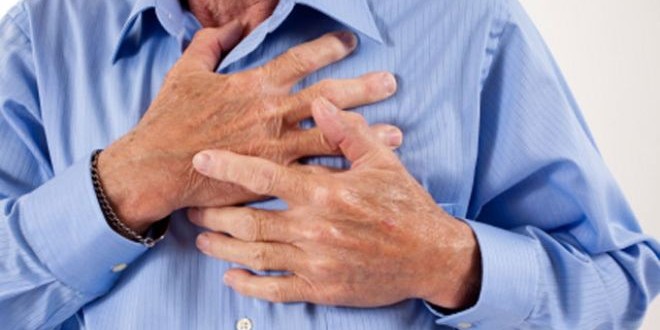 Every year, more than 250,000 people experience an ST elevation myocardial infarction (STEMI), the most severe type of heart attack caused by a complete blockage of blood flow to the heart. To prevent death, it’s critical to restore blood flow as quickly as possible by surgically opening the blocked vessel or administering intravenous clot-busting medication.

“Slower door-to-balloon times for people who arrived at the hospital during off hours is likely due to staffing. In the middle of the night, the hospital catheterization lab where angioplasty and other artery-opening procedures are performed is closed,” said Jorge Saucedo, M.D., lead author of the study and chief of cardiology and co-director of the Cardiovascular Institute at Northshore University Health System in Evanston, Ill. “When a heart attack patient comes to the emergency department at 1 a.m., the emergency staff activate the pagers. Doctors need to drive to the hospital, get things set up in the cath lab, and it takes time.”

Patients who arrived at the emergency room during regular workday hours had an average door-to-balloon time of 56 minutes compared with 72 minutes for patients who arrived during evenings, weekends and holidays. The American Heart Association’s guidelines for the treatment of STEMI patients recommends angioplasty in 90 minutes or less.

During angioplasty, a catheter is threaded into the heart with a deflated balloon at the tip. The balloon is then inflated in the artery where blood flow has been reduced or blocked. Door-to-balloon time is the period from the patient’s arrival to the hospital until the blockage is opened by angioplasty. Following angioplasty, doctors may also implant a mesh tube called a stent to help keep the artery open.

Aspirin administration within 24 hours was nearly 99 percent regardless of the time that the patient arrived at the hospital.

There were no major differences in door-to-electrocardiogram (ECG) time — an imaging test that looks at the electrical function of the heart.

Time of arrival at the hospital did not show a major difference in door to needle time for the administration of intravenous clot-busting medication.
Almost 88 percent of patients who arrived during regular weekday hours were treated with angioplasty within the American Heart Association’s recommended 90 minute goal versus 79 percent for those who arrived during off hours.

“The fact that treatments were similar in both groups and that only door-to-balloon time lagged slightly is a credit to continually raising awareness and educating providers about the Mission: Lifeline® guidelines,” said Saucedo. “Over the past decade, these cardiac emergency protocols carried out by multiple institutions across the country have made a huge impact in saving lives. Yes, there is opportunity for improvement, but this really is a huge success.”

Web articles – via partners/network co-ordinators. This website and its contents are the exclusive property of ANGA Media Corporation . We appreciate your feedback and respond to every request. Please fill in the form or send us email to: [email protected]
Previous: Salaries of First Nation leaders online, Report
Next: In The Arctic Ocean, Scientists Measure Waves The Size Of Houses