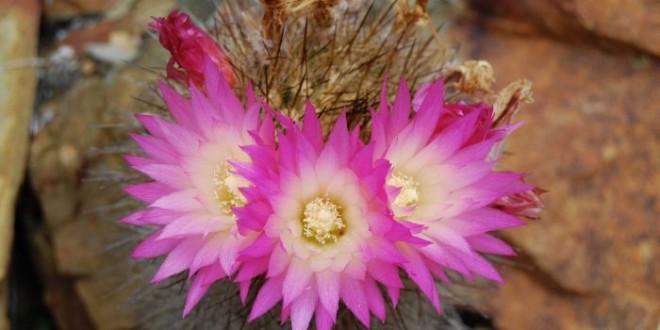 Almost a third of cacti species in the world are at risk of extinction, making the taxonomic group more threatened than mammals and birds. Researchers say the first ever comprehensive, global assessment of cacti is a “disturbing” reflection of the scale of the illegal wildlife trade.

The illegal trafficking of live plants and seeds, increased agriculture and unsustainable harvesting has resulted in 31 per cent of the world’s 1,480 cactus species being put at risk, the study by scientists at the International Union for Conservation of Nature (IUCN) and the University of Exeter found.

Scientists said the “disturbing” findings from the Global Cactus Assessment – which is the first comprehensive, global study into the health of cactus species – proved that the illegal trade in valuable species affects plants just as much as animals like rhinos and elephants.

Cacti are now the fifth most endangered major group on the IUCN’s “red list” of threatened species – making them more at risk than mammals and birds, the study found. Only cycads, amphibians, corals and conifers are more endangered.

The research, published in the journal Nature Plants, found that 99 species of cacti should be classed as “critically endangered”, while 177 were “endangered” and 140 were “vulnerable”. Cacti have been regarded as “precious collectable objects” by Europeans ever since they were discovered, it adds.

Cacti are critical to the survival of many animal species, providing an important source of food and water for deer, woodrats, rabbits, coyotes, turkeys, quails, lizards and tortoises. Their bright flowers also provide nectar to hummingbirds and bats, as well as bees, moths and other insects.

European and Asian collectors are the biggest contributors to the illegal cactus trade, with specimens taken from the wild particularly coveted due to their rarity. The once common Echinopsis pampana, found in the deserts of Peru, is now listed as endangered after its population was reduced by at least 50 per cent in 15 years, due to its popularity among ornamental plant collectors.

“The results of this assessment come as a shock to us,” said Barbara Goettsch, the study’s lead author and co-chair of the IUCN’s Cactus and Succulent Plant Specialist Group. “We did not expect cacti to be so highly threatened and for illegal trade to be such an important driver of their decline.

“Their loss could have far-reaching consequences for the diversity and ecology of arid lands and for local communities dependent on wild-harvested fruit and stems. With the current human population growth, these plants cannot sustain such high levels of collection and habitat loss.”

The study also warns that the global populations of many plant species have never been properly assessed, raising the potential of an “unappreciated mass extinction”. It adds that plants lack the “popular appeal” of some endangered animal groups, which can make it difficult for scientists to attract funding to support such assessments.

IUCN director general Inger Andersen described the cacti findings as “disturbing”. She added: “They confirm that the scale of the illegal wildlife trade – including trade in plants – is much greater than we had previously thought, and that wildlife trafficking concerns many more species than the charismatic rhinos and elephants which tend to receive global attention.”

Web articles – via partners/network co-ordinators. This website and its contents are the exclusive property of ANGA Media Corporation . We appreciate your feedback and respond to every request. Please fill in the form or send us email to: [email protected]
Previous: Late bedtime leads to higher risk of weight gain ‘new study says’
Next: Isabella Cruise: Nicole Kidman and Tom Cruise’s daughter secretly wed?