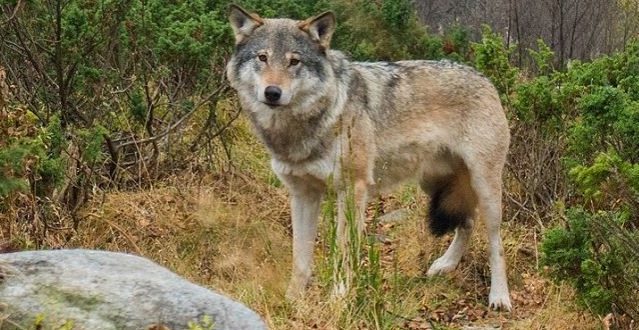 “Due to the difficulty in visually distinguishing the Algonquin wolf from coyotes and other wolves, the ministry is limiting the hunting and trapping of wolves and coyotes in three core areas where Algonquin wolf is most likely known to occur,” says Jolanta Kowalski, senior media relations officer with the ministry.

Normally under the Endangered Species Act, a threatened species and its habitat are automatically protected from harm. For Algonquin wolves and coyotes, the ministry has kept this rule intact in Algonquin Park, the 42 townships surrounding Algonquin Park and, as of this month, Highlands Provincial Park, Queen Elizabeth II Provincial Park and Killarney Provincial Park.

“I’m amazed the province wouldn’t take the precautionary approach,” said Hannah Barron, director of the grassroots conservation organization Earthroots. “The government understands full well that it has to protect the full range of wolves to protect populations.”

About half of Algonquin wolves live in Algonquin Park, where hunting and trapping has been banned since 2004.

“The initial ban in 2004 appeared to enhance the ability of wolves to exclude coyotes and minimize hybridization,” said Kowalski, referring to how under more stressful circumstances, wolves and coyotes crossbreed.

The research done in and around Algonquin Park showing wolves to be thriving should be reason enough to extend their protection, said Barron.

“The message the province is sending is that species at risk matter, but only around provincial parks,” Barron said. “This decision is crazy to me because we know wolves travel through places like Muskoka. They need to be protected everywhere.”

The ministry’s decision is an interim approach “to protect the species” while the government looks at how to best accommodate hunters, wolves and the public, said Kowalski.

Web articles – via partners/network co-ordinators. This website and its contents are the exclusive property of ANGA Media Corporation . We appreciate your feedback and respond to every request. Please fill in the form or send us email to: [email protected]ajournal.net
Previous: Audi Cancels its 420-HP Four-Cylinder Engine “Report”
Next: 2017 Subaru Crosstrek Redesign, Release Date (Video)