Home » Science » Climate Change Could Cause Fish to Shrink in Size, Study 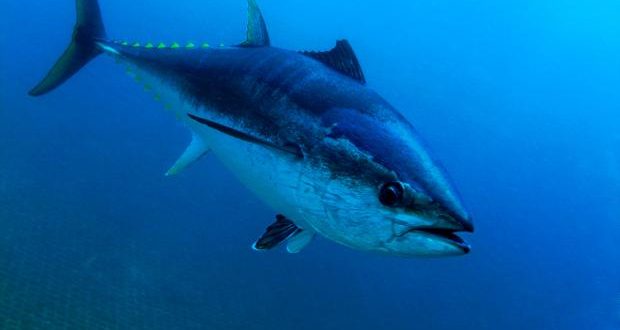 Climate Change Could Cause Fish to Shrink in Size, Study

Climate Change Could Cause Fish to Shrink in Size, Study

In the coming decades, warming ocean temperatures could stunt the growth of fish by as much as 30 percent, according to a new research in the journal Global Change Biology.

The main driver behind this decline in size is that warmer water contains less oxygen. As Nexus Media explains, fish are cold-blooded animals and therefore cannot regulate their own body temperatures. So as oceans heat up, a fish’s metabolism accelerates to cope with the rising temperatures and they need more oxygen to sustain their body functions. But fish gills do not grow at the same pace as the rest of their body, resulting in a decline of oxygen supply and in growth.

For every one degree Celsius of ocean warming, active fish like tuna could shrink by as much as 30 percent, the study found, while less-active species like brown trout may only shrink by 18 percent. Overall, the decline in size could reduce commercial fish catches by about 3.4 million tons for each degree of warming.

“Fish are constrained by their gills in the amount of oxygen they can extract from the water,” Daniel Pauly, the study’s lead author and a principal investigator with Sea Around Us, a University of British Columbia research initiative, told Nexus Media. “With increasing temperatures, fish require more oxygen but get less.”

Pauly, Cheung, and their colleagues previously published their research on warming temperatures and fish size in 2013 in the journal Nature Climate Change, but scientists at other institutions challenged their findings. So Pauly and Cheung re-ran their modeling with more detail and came to the same conclusion.

The new study backs up previous research in the North Sea, which found that over a 40-year period, fish size decreased in eight commercial stocks, such as haddock and sole, due to rising ocean temperatures. The decline in size caused overall yields to fall by 23 percent after being adjusted for fisheries management factors.

Scientists “are already seeing the effects and shrinking of fishes due to warming in the last few decades,” said William Cheung, director of science for the Nippon Foundation- University of British Columbia Nereus Program and a co-author of the study. “Some parts of the world, such as in the tropics, are going to see even larger decreases. This will have substantial impacts on the availability of fishes for people.”

Web articles – via partners/network co-ordinators. This website and its contents are the exclusive property of ANGA Media Corporation . We appreciate your feedback and respond to every request. Please fill in the form or send us email to: [email protected]
Previous: A Galaxy Five Billion Light-Years Away Shows We Live In A Magnetic Universe
Next: Carbon nanotubes desalinate water, says new study