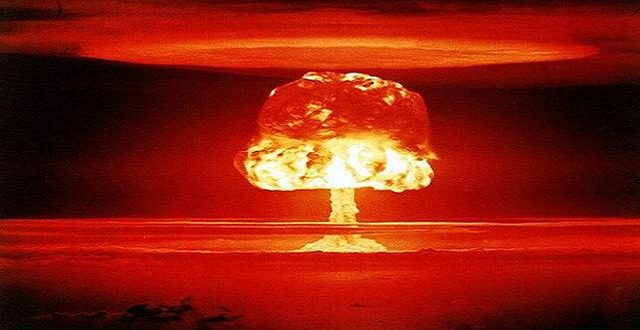 Scientists at Tel Aviv University and the University of Chicago have shown that a huge amount of energy – 10 times that of nuclear fusion – can be produced by melting elementary particles called quarks. The study, considered to be a “breakthrough,” was just published in the journal Nature along with a special editorial on the Israeli findings.

The particles making up the nucleus of an atom are held together by an impressive amount of energy, and we can release this power by either pulling those particles apart (fission) or by cramming them together (fusion). That’s where nuclear power comes from … but also, nuclear weapons.

Usually, the particles being manipulated during these processes are the neutrons and protons of atoms, but even these minuscule particles are made up of smaller particles still, called quarks. And now, for the first time, scientists have demonstrated that quarks, like the protons and neutrons that they construct, can undergo fusion as well, and the amount of energy generated by the method is downright terrifying.

In fact, the power generated by quark fusion is so unfathomable, that the scientists that discovered it strongly considered keeping their research secret from the world.

“I must admit that when I first realized that such a reaction was possible, I was scared,” said Marek Karliner. “But, luckily, it is a one-trick pony.”

The silver lining that Karliner refers to here is the fact that quark fusion, while immensely powerful, doesn’t seem capable of a chain reaction. That’s because quarks can’t be contained for long; they exist for a fraction of a second — technically, about a picosecond — before decaying into less energetic particles. Without a chain reaction, a largescale explosion is simply not possible. So, no bombs can be made by fusing quarks.

This would be one powerful explosion

Again, we can all be thankful that building bombs from this method doesn’t appear to be viable. Alas, this also means that quark fusion power plants also won’t be supplying our energy needs, but that seems like a worthwhile tradeoff.

“If I thought for a microsecond that this had any military applications, I would not have published it,” assured Karliner.

Web articles – via partners/network co-ordinators. This website and its contents are the exclusive property of ANGA Media Corporation . We appreciate your feedback and respond to every request. Please fill in the form or send us email to: [email protected]
Previous: Saudi Arabia: Ballistic missile intercepted near Riyadh airport
Next: Nibiru: Is Planet 9 real and is it a threat to Earth?