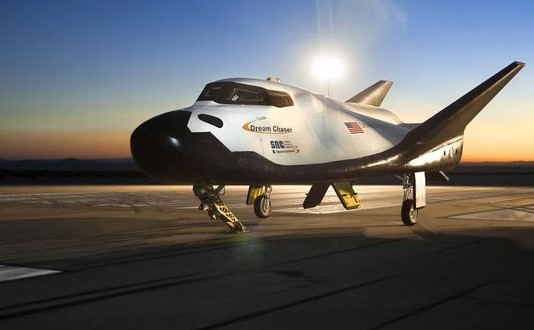 The Dream Chaser space plane that lands on a runway like an aeroplane and launches with the help of a rocket will join the duo of privately operated space capsules – SpaceX’s reusable Dragon and Orbital ATK’s disposable Cygnus.

NASA awarded contracts valued at several billion dollars Jan. 14 to three companies, including one newcomer, for commercial cargo deliveries to the International Space Station through 2024.

The contracts awarded are initially worth US$14 million and are effective immediately. They task the three companies with bringing cargo to the ISS, disposing of rubbish by burning it up in the Earth’s atmosphere for missions using disposable spacecraft, such as the Orbital ATK Cygnus, and the return of materials to Earth with reusable spacecraft, such as the Dream Chaser and SpaceX’s Dragon.

At a press conference, a NASA spokesman said that the new contracts were drawn up using experience learned from the CRS-1 contracts. This time, instead of awarding contracts based on the amount of tonnage the companies can deliver to the station, each company has agreed to launch a minimum of six missions each to carry both pressurized and unpressurized cargos. In addition, they will need to be able to return cargos to Earth quickly if required, and they must fulfill an insurance requirement to cover damage to government property, such as launch facilities of the space station.

NASA says that the funding will include ISS integration, flight support equipment, special tasks and studies, and dealing with requirement changes by the space agency. Because each launch requires years of lead time, no missions have yet been planned, but discussions and engineering assessments are scheduled to start shortly and the first launches are expected in 2019.

“These resupply flights will be conducted in parallel with our Commercial Crew Program providers’ flights that enable addition of a seventh astronaut to the International Space Station,” says Julie Robinson, chief scientist for the ISS Program. “This will double the amount of crew time to conduct research. These missions will be vital for delivering the experiments and investigations that will enable NASA and our partners to continue this important research.”

Web articles – via partners/network co-ordinators. This website and its contents are the exclusive property of ANGA Media Corporation . We appreciate your feedback and respond to every request. Please fill in the form or send us email to: [email protected]
Previous: Daniel Dion: Brother of Celine Dion dead of cancer, days after her husband died
Next: Anne Swaney: ABC7 producer killed while vacationing in Belize (Video)