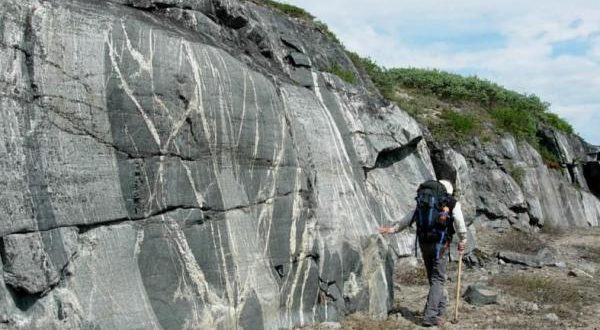 Analysis of rock samples harvested from the Canadian Shield suggests the samples contain components of Earth’s crust that existed more than 4.2 billion year ago.

The chunks of ancient crust were found embedded in granite that dates back 2.7 billion years near Hudson Bay. Per Live Science, the researchers analyzed the granite for chemical signals of a “parent rock,” precursor rocks that previously melted and were recycled to form the current layers. Popular Mechanics reports that the team used a new and rarely used scientific technique that tracks the decay of a specific isotope, and were astounded by what they found.

“Rocks that are 3.6 to 3.8 billion years old or older, we can count them on the fingers of our hand,” O’Neil says. “We have a very limited amount of rock sample to understand the first billion years of Earth history.” The larger granite formation that the team studied is part of Earth’s second crust, but they believe the parent rock is basalt, or oceanic crust. According to O’Neil, modern oceanic crust usually stays above the surface for 200 million years. It is then forced back into the mantle, where it melts partially.

The parent rock the team found in Hudson Bay’s granite, on the other hand, remained at the surface for more than a billion years before being recycled.

Web articles – via partners/network co-ordinators. This website and its contents are the exclusive property of ANGA Media Corporation . We appreciate your feedback and respond to every request. Please fill in the form or send us email to: [email protected]
Previous: Maggie MacDonnell, Teacher wins $1m best-teacher prize in Dubai
Next: Australian teen in hospital after fighting off croc