Home » Science » The end of the world has been postponed until October, Christian numerologists say 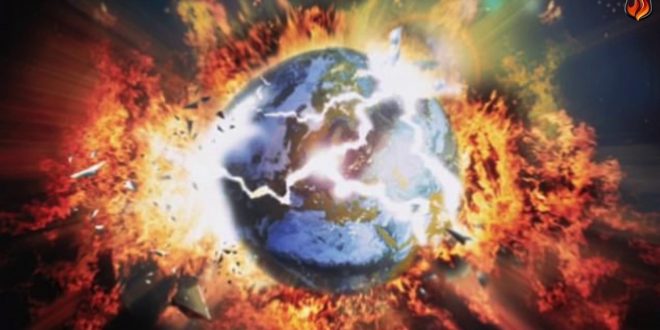 The end of the world has been postponed until October, Christian numerologists say

The end of the world has been postponed until October, Christian numerologists say

We have good news, and bad news. The good news is that a massive hidden death planet didn’t crash into Earth on September 23.

But the bad news is it’s due to arrive on October 21st instead!

Christian numerologist David Meade has now claimed that October will be the month of “real pain.”

“Nothing is expected to happen in September. It is possible at the end of October we may be about to enter into the seven-year Tribulation period, to be followed by a Millennium of peace,” the Sunday Express quoted Meade as saying.

“When Nibiru is on close approach to Earth sometime during the Tribulation, you’ll have solar flares and a possible loss of the electrical grid for weeks, maybe longer. However, that’s the main risk I see right now because, as I’ve stated in my book, right after the initial solar flare risk I see the Rapture of the true Church.”

Meade had earlier claimed that the Great American solar eclipse on August 21 proved that the end is near and Nibiru planet, also called as Planet X, will destroy Earth. He still goes by the theory and claims that it was a “scriptural sign of God’s judgment.”

“September 23, 2017, Great Sign of the Woman in Revelation 12:1-5 is the starting point for this calculation. It’s a once-in-human-history event locked in by God Himself. The solar eclipse on August 21st was a scriptural sign of God’s judgment on our nation and judgment came swiftly afterwards,” he said.

Web articles – via partners/network co-ordinators. This website and its contents are the exclusive property of ANGA Media Corporation . We appreciate your feedback and respond to every request. Please fill in the form or send us email to: [email protected]
Previous: Stunning Northern Lights display as seen from the ISS (Video)
Next: BREAKING: Former world’s heaviest woman Eman Ahmed passes away