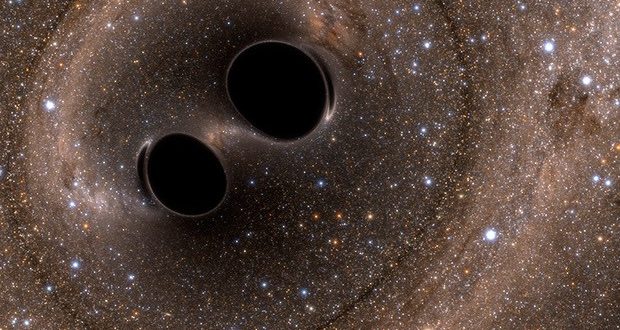 Penn State astronomers has been instrumental in the confirmation of a scientific theory that gamma ray bursts are caused by the merging and explosion of two neutron stars.

On Aug. 17, astronomers in charge of Mission Control for NASA’s Swift satellite received a message that LIGO — the Laser Interferometer Gravitational-Wave Observatory — had detected a possible event: that of two neutron stars colliding.

LIGO is the world’s largest gravitational wave observatory, and the entire Swift team, worldwide, scrapped everything else they had to do that day to study the rare event.

“When I saw the text message, I knew everything we had planned for the day was out the window,” Jamie A. Kennea, head of the Swift Science Operations team and associate research professor of astronomy and astrophysics at Penn State. “We’ve been waiting for a neutron to neutron merger.”

The Swift Gamma Ray Burst Explorer is a NASA satellite in low Earth orbit carrying three instruments to enable the most detailed observations of gamma ray bursts to date. Penn State is responsible for the Mission Operations Center, which operates the satellite from the University Park campus.

The team expected to detect X-rays, but didn’t. Instead, Swift, identified a rapidly fading ultraviolet afterglow of the explosion. An exhaustive search of the sky by the satellite revealed no other possible source than the same location as the origin of the gravitational wave.

This occurrence connected, for the first time, a gravitational-wave-producing event with conventional astronomy, which uses light.

Swift was launched in 2004 to detect gamma ray bursts, some of which experts theorized were caused by the merging of neutron stars.

Neutron stars are the collapsed cores of large stars gone supernova. When two neutron stars orbit each other, they emit gravitational waves, coming ever closer together until they collide and explode, producing a gamma ray burst, that for a few moments is one of the brightest lights in the universe. The result is a black hole.

Swift can only detect gamma ray bursts after the stars have merged, but now, with this new discovery, a pending merger can be detected before it happens. Not only can the entire event be studied, but there is now conclusive evidence that gamma ray bursts are produced by the merging of neutron stars — just as the scientists believed.

“When the first binary black hole merger was detected by LIGO people said it’s akin to when Galileo invented the telescope. It was a new way of doing astronomy,” said Aaron Tohuvavohu, Swift science operations and research assistant at Penn State. “That’s really the most exciting part of the birth of gravitational wave astronomy and now being able to tie those two things together. I’m excited that I can’t even imagine what’s going to come next.”

Web articles – via partners/network co-ordinators. This website and its contents are the exclusive property of ANGA Media Corporation . We appreciate your feedback and respond to every request. Please fill in the form or send us email to: [email protected]
Previous: Lack of Sleep may increase the risk of gestational diabetes, Says New Study
Next: Food Warning: ‘Oysters recalled in BC’