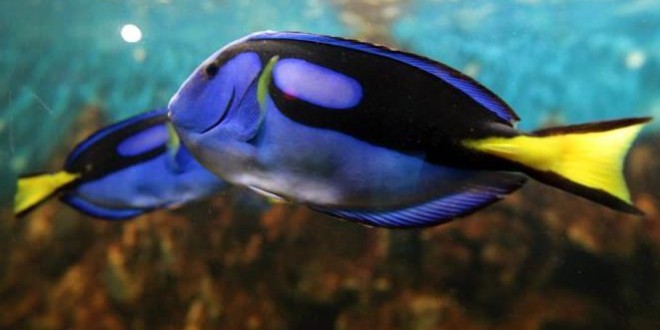 Fish are Disappearing From the Tropics, study shows

Large numbers of fish will disappear from the tropics by 2050 due to climate change, scientists have warned.

More fish will be driven into Arctic and Antarctic waters, according to experts who examined the impact of the seas warming up on fish stocks.

Using the same climate change scenarios as the Intergovernmental Panel on Climate Change, researchers projected a large-scale shift of marine fish and invertebrates. In the worst-case scenario, where the Earth’s oceans warm by three degrees Celsius by 2100, fish could move away from their current habitats at a rate of 26 kilometres per decade. Under the best-case scenario, where the Earth ocean warms by one degree Celsius, fish would move 15 kilometres every decade. This is consistent with changes in the last few decades.

“The tropics will be the overall losers,” says William Cheung, associate professor at the UBC Fisheries Centre and co-author of this study, published today in ICES Journal of Marine Science. “This area has a high dependence on fish for food, diet and nutrition. We’ll see a loss of fish populations that are important to the fisheries and communities in these regions.”

Cheung and his colleague used modeling to predict how 802 commercially important species of fish and invertebrates react to warming water temperatures, other changing ocean properties, and new habitats opening up at the poles.

“As fish move to cooler waters, this generates new opportunities for fisheries in the Arctic,” says Miranda Jones, a UBC Nereus Fellow and lead author of this study. “On the other hand it means it could disrupt the species that live there now and increase competition for resources.”

This study follows previous research that looked at change in fisheries catch in relation to ocean warming since 1970.

Web articles – via partners/network co-ordinators. This website and its contents are the exclusive property of ANGA Media Corporation . We appreciate your feedback and respond to every request. Please fill in the form or send us email to: [email protected]
Previous: US FDA Approves Combined Hepatitis Drug
Next: Bethany Paquette : Christian claims to be victim of ‘viking discrimination’ (Video)