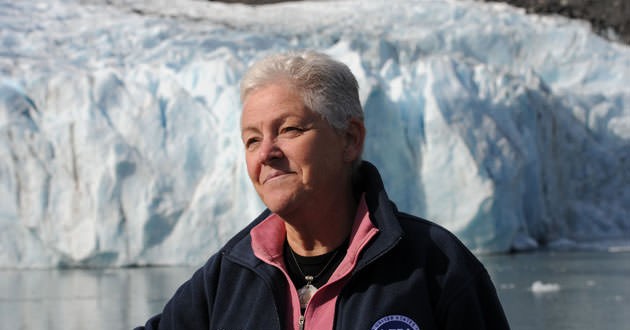 Federal EPA Administrator Gina McCarthy says most of the conversation surrounding the proposed Clean Power Plan has been positive although the critics seem to be making a lot of noise.

In a speech Thursday at Resources for the Future, a non-profit policy organization, EPA Administrator Gina McCarthy looked back some 40 years to the nation’s battle with the chemicals harming the ozone layer.

“The United States didn’t temper its resolve, despite the hesitation of other nations. American science identified the problem. American industry innovated the solution,” McCarthy said. “Because we acted, the ozone layer is healing. Our people are safer. And our economy is stronger. Our fight to save the ozone layer was a defining moment in American leadership.”

The issue now is climate change, and McCarthy said the U.S. can’t back away from taking a leadership role. That’s despite worries it will harm the U.S. economy, and despite concerns the U.S. is getting ahead of other nations.

She said the urgency of the situation required action now.

“When it comes to climate change, the most expensive thing we could do, is to do nothing. We no longer project tomorrow’s impacts, we tally up today’s damages,” she said, adding: “As seas rise, so do insurance premiums, medical bills and food prices. From water scarcity to wilting crops, companies like General Mills and Coca-Cola see climate change as a ‘threat to commerce.’ Paying more for soda and cereal means less cash to buy other things. That chokes economies and stunts job growth. The bottom line is: We don’t act despite the economy, we act because of it.”

In June, the Obama administration proposed rules to cut the pollution emitted from the nation’s power plants; the proposal set off a scramble by Republicans, who pounced on them as unnecessary and unworkable, as well as some states that will struggle to implement them. The rules would require each state to reduce carbon pollution by set amounts.

In response, several states have complained the rules are too cumbersome and onerous and will hurt economic growth. Across the country, hundreds of thousands of citizens have weighed in with their view of the rules.

Meanwhile, the National Oceanic and Atmospheric Administration said that the combined average global land and ocean surface temperature for the months of June, July and August was the highest on record, topping the reading from 1998.

Web articles – via partners/network co-ordinators. This website and its contents are the exclusive property of ANGA Media Corporation . We appreciate your feedback and respond to every request. Please fill in the form or send us email to: [email protected]
Previous: Denzel Washington’s ‘The Equalizer’ Nabs $12.6 Million Friday, Report
Next: Stone Age Tools Weren’t African Invention, new study says