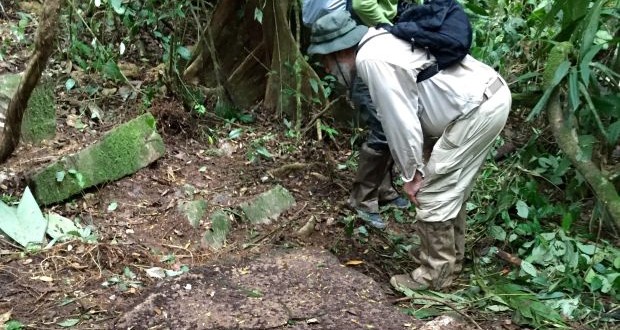 U.S. and Honduran archaeologists have begun excavations at a mysterious site on Honduras’ Caribbean coast that may be the near-mythical “White City” ruins.

Work that began on Wednesday has so far unearthed about 60 stone and ceramic fragments and other artefacts.

The site, also known as the City of the Monkey God, is in Honduras’ jungle-covered Mosquito coastal region.

The dig is being carried out by archaeologists from Honduras’ Institute of Anthropology and Colorado State University.

Institute director Virgilio Paredes said the site did not appear to be Mayan, the culture that dominated other sites in the region.

“It is a new culture, or a different culture,” he said.

He said jars and bowls had been discovered that bore decorations that appeared to represent humans, jaguars, buzzards, lizards and birds. The pieces appear to date from 1,000 to 1,500 AD.

The most striking piece discovered appears to be a ceremonial seat or throne made of stone, carved with the figure of a jaguar.

The city’s name is believed to be derived from the white limestone rock in the area, or a cult purported dedicated to a monkey god.

Honduran president Juan Orlando Hernandez visited the site and said: “We are blessed to be alive at such a special time in Honduran history.

“This discovery has created a lot of excitement because of its significance for Honduras and the world.”

Minister of science Ramon Espinoza said “there will be further research to gather more data, because there is no other site in central America with a lost civilisation”.

The area is inhabited by the Pech and Payas indigenous groups, who long spoke of such a site. The first written reference came in 1544, in a document written by Spanish bishop Cristobal de Pedraza.

US adventurer Theodore Morde claimed to have discovered “The Lost City of the Monkey God” in 1940, but did not reveal the location.

The rumoured site had supposedly been located and lost between the 1500s and the 1800s. Researchers detected the current excavation site in 2012.

Web articles – via partners/network co-ordinators. This website and its contents are the exclusive property of ANGA Media Corporation . We appreciate your feedback and respond to every request. Please fill in the form or send us email to: [email protected]
Previous: Salem witch trials site confirmed by scientists “Report”
Next: Chipotle closing all stores February 8th for food safety training, Report