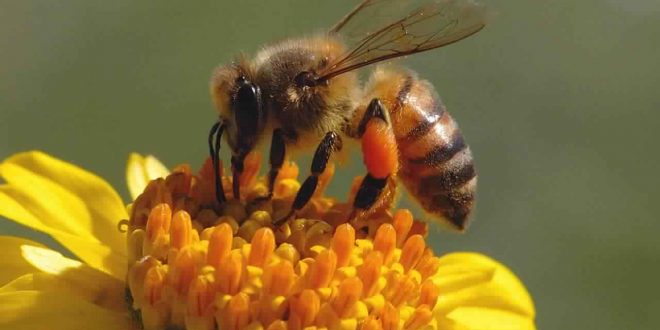 The number of honey bee colonies fell by almost 12 per cent across 29 countries last winter with the UK and Spain worst affected, according to an international study involving the University of Strathclyde and honey bee research association COLOSS.

Cases of colonies perishing after problems occurred with their queen were higher than expected.

Dr Alison Gray, of Strathclyde’s Department of Mathematics & Statistics, a partner in the study, said: “These loss rates vary considerably between countries. In this year’s survey the highest losses were found in Ireland and Northern Ireland, followed by Wales and Spain.

“The pattern of loss rates differs from last year, when higher mortality and loss rates were found in central Europe and countries to the east. This year the higher loss rates tend to be in the west and northern countries, although Spain had high rates of loss in both years.

“All the loss rates quoted here include losses due to unresolvable queen problems after winter, as well as colonies that died over winter for various reasons. Losses due to queen problems were unexpectedly high in some countries and this will be a matter of further investigation.

“The crucial role of honey bees in crop pollination means that maintaining colony numbers is of great importance to agriculture, the economy and food security. Honey bees also pollinate many flowering plants and trees important for other wildlife, and so have a vital role in maintaining the natural environment and biodiversity.

“Our research with COLOSS studies the levels of colony losses and potential drivers of colony decline, including management practices, pests and diseases and environmental factors.”

The study found that the spring and early summer months of 2015, from March to July, were cold in Norway, Scotland, Sweden, Denmark and Ireland, with mean temperatures ranging from 12.8 – 14.4 °C. This may have had negative effects on colony development, resulting in both relatively high numbers of dead colonies and unsolvable queen problems after winter.

Web articles – via partners/network co-ordinators. This website and its contents are the exclusive property of ANGA Media Corporation . We appreciate your feedback and respond to every request. Please fill in the form or send us email to: [email protected]
Previous: Nissan reveals updated BladeGlider concept (Video)
Next: Researchers discover light could exist in a previously unknown form