Home » Science » Nibiru: Is Planet 9 real and is it a threat to Earth? 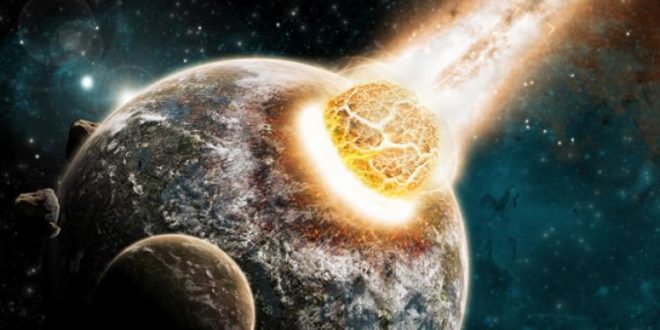 Nibiru: Is Planet 9 real and is it a threat to Earth?

NIBIRU is getting closer to the earth and will cause a polar shift triggering tsunamis and a second ice age, a self-proclaimed Planet X expert has sensationally claimed.

Nibiru is on a collision course with the world and will appear in our solar system between November 20 and December 20, doomsayers claim.

A raft of sightings have been reported recently as hundreds of people claim Planet X is already here.

He has now dismissed many of the videos and photos that supposedly show the fabled giant.

Ovadia has shared what he claims is real footage of the planet supposedly visible over the skies of Jerusalem.

In it, a huge bright light is visible as “meteors” trail off and fall towards the Earth.

Ovadia previously unearthed several images he claims show the planet visible above us.

Stargazer Matt Rogers – a conspiracy theorist who scours the sky for evidence of Nibiru – also claims to have video of the fabled planet.

He revealed footage that shows a red haze with a black object – supposedly Nibiru – in front of it.

Last month, conspiracy theorists Rogers claimed governments are “cloaking out” the doom planet as it makes its final descent towards Earth.

Speaking on his latest video, he said there is evidence governments are using “simulators” to replicate the sun.

Rogers explained this is because a huge dark object in the sky is being “cloaked”, which has the effect of “darkening our sun”.

Web articles – via partners/network co-ordinators. This website and its contents are the exclusive property of ANGA Media Corporation . We appreciate your feedback and respond to every request. Please fill in the form or send us email to: [email protected]
Previous: ‘Discovery’ in nuclear fusion produced by melting quarks
Next: Researchers found effective method of preserving cells, tissues