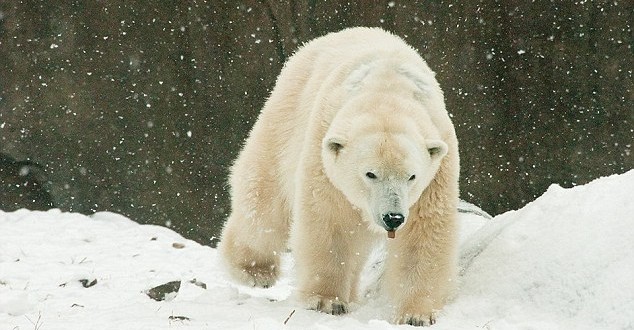 Klondike, the oldest polar bear in the U.S., was euthanized at the Philadelphia Zoo early Friday due to what staff said was a “recent and substantial decline in her medical condition.”

According to the zoo, animal care staff said she had a noticeable deterioration in her health approximately two weeks ago, including difficulty standing and walking after lying down.

“After a complete physical exam the veterinary team treated her for a urinary tract infection as well as mobility issues. Despite treatment, there was no significant improvement in her condition, and given her advanced age and poor prognosis, zoo staff decided that the best decision would be to humanely euthanatize her,” the zoo announced via Facebook.

At 34 years old, Klondike exceeded the typical lifespan for her species.

“In addition to the joy she brought our staff and guests over three decades here, she has been an important ambassador to wild polar bears, who are increasingly threatened by climate change and resulting shrinkage of polar ice. We hope she has inspired many to make commitments in their daily lives to reduce energy and water use, which will contribute to efforts to slow climate change,” the Zoo said.

Web articles – via partners/network co-ordinators. This website and its contents are the exclusive property of ANGA Media Corporation . We appreciate your feedback and respond to every request. Please fill in the form or send us email to: [email protected]
Previous: Val Kilmer: Top Gun Actor Addresses New Round of Throat Cancer Rumors
Next: CeeLo Green Engaged to ‘Longtime Girlfriend’ Shani James, for a year now