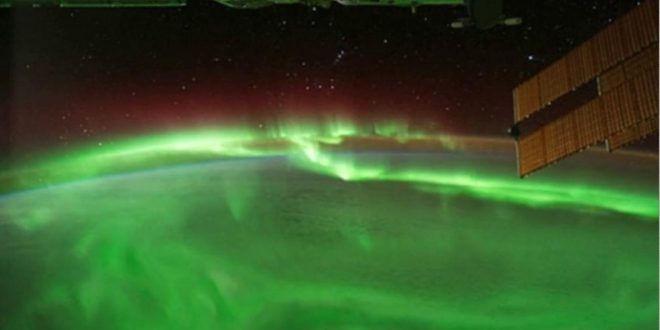 Look Up: Sun Storm May Ramp Up Auroras Tonight!

Look Up: Sun Storm May Ramp Up Auroras Tonight!

Look up tonight! A powerful solar storm is sending radiation towards Earth that could spark a stunning display of the Northern Lights.

On Monday the sun blasted out a huge cloud of superheated plasma known as a coronal mass ejection (CME). This fast-moving CME is expected to slam into Earth overnight Wednesday, triggering strong geomagnetic storms.

Such storms often supercharge Earth’s auroras, the ghostly displays of dancing color also known as the northern and southern lights. And that could be the case Wednesday night through early Thursday morning (Sept. 7): Auroras are likely to extend southward into the continental United States, from Washington and Idaho in the West to Indiana and Ohio in the Midwest and New England in the Northeast, according to the National Oceanic and Atmospheric Administration’s Space Weather Prediction Center (SWPC).

The moon also happens to be full Wednesday night, unfortunately, so its glare will dampen the light show to some degree.

The northern and southern lights are generated by charged solar particles hitting molecules in Earth’s atmosphere. The sky show is usually restricted to high latitudes, because our planet’s magnetic field tends to funnel these particles toward the poles.

Web articles – via partners/network co-ordinators. This website and its contents are the exclusive property of ANGA Media Corporation . We appreciate your feedback and respond to every request. Please fill in the form or send us email to: [email protected]
Previous: Edmonton woman drowns in Hawaii on wedding anniversary
Next: Nissan Leaf Launched With Stunning Features (Video)