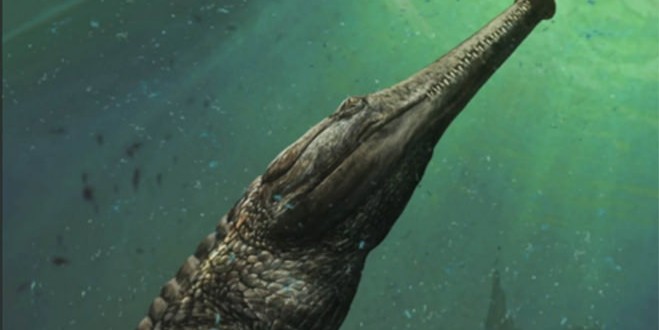 A team of scientists from the Department of Biological, Geological and Environmental Sciences and the Geological Museum Giovanni Capellini of the University of Bologna discovered the skeletons of giant crocodiles representing a new species, Machimosaurus rex.

The Tataouine governorate in southern Tunisia is becoming a pivotal region for our understanding of the ‘middle age’ of the dinosaur epoch. Since 2009, a team of researchers from the Department of Biological, Geological and Environmental Sciences and the Geological Museum Giovanni Capellini of the University of Bologna in Italy, led by Professor Federico Fanti, in collaboration with the Office National des Mines in Tunis, Tunisia, has been unearthing the fossilized remains of fish, turtles, flying reptiles and dinosaurs, revealing a rich and spectacular ecosystem more than 100 million years old.

In December 2014, during an expedition supported by the National Geographic Society Committee for Research and Exploration, the team discovered the skeletons of giant crocodiles representing a new species, Machimosaurus rex.

Machimosaurus rex is the largest marine crocodile ever found, with a total body length of up to 10 meters and a body weight of 3 tons, twice the size of a present-day saltwater crocodile. Machimosaurus was the apex predator of a frontier, lagoonal environment located between the vast inland Saharan regions and the Tethys Ocean, which separated Africa and Europe at the time. Detailed study of the Machimosaurus skull anatomy suggests an extremely powerful biting force able to crush the thick shells of large turtles, the remains of which have been found in association with the crocodile skeletons.

Machimosaurus belongs to a group of crocodiles that inhabited the seas and coastal regions approximately 150 million years ago at the end of the Jurassic period. Fossils from Europe and North America indicate that in the same period other marine groups were affected by a dramatic reduction in biodiversity. Therefore, the transition from the Jurassic to the Cretaceous periods has been regarded for years as a time of a global extinction. Until today, Machimosaurus rex and other marine species that inhabited what is now southern Tunisia have been dated to 130 million years ago and thus were still alive in the Cretaceous period, roughly 25 million years after the supposed extinction event. Therefore, this discovery sheds new light on the hypothesized mass-extinction event at the end of the Jurassic, a biological crisis currently much less understood than the famous extinction at the end of the Cretaceous that wiped out the dinosaurs. 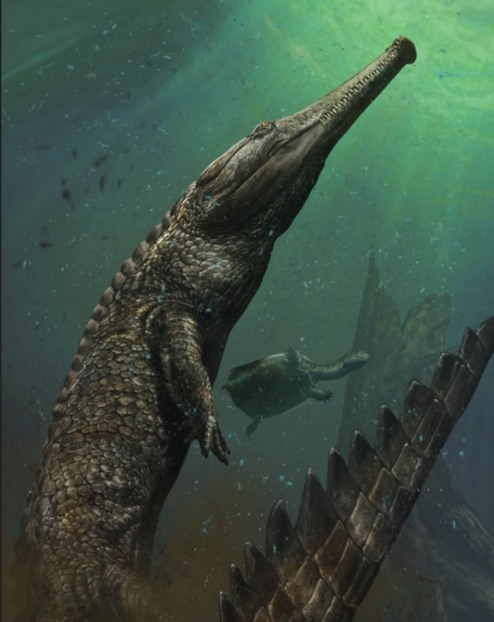 Web articles – via partners/network co-ordinators. This website and its contents are the exclusive property of ANGA Media Corporation . We appreciate your feedback and respond to every request. Please fill in the form or send us email to: [email protected]
Previous: Girl, Eviction Shooting: Pennsylvania officer kills 12yo girl when firing at her father (Video)
Next: Researchers May Have Just Discovered The Key To Halting Alzheimer’s