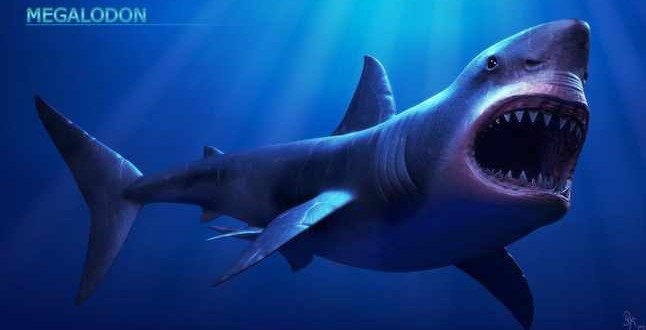 Researchers are officially debunking the myth that megalodon sharks still exist. The whale-eating monsters became extinct about 2.6 million years ago.

“I was drawn to the study of Carcharocles megalodon’s extinction because it is fundamental to know when species became extinct to then begin to understand the causes and consequences of such an event,” said Pimiento, a doctoral candidate at the Florida Museum of Natural History on the UF campus. “I also think people who are interested in this animal deserve to know what the scientific evidence shows, especially following Discovery Channel specials that implied megalodon may still be alive.”

The study represents the first phase of Pimiento’s ongoing reconstruction of megalodon’s extinction. As modern top predators, especially large sharks, are significantly declining worldwide due to the current biodiversity crisis, Pimiento said this study serves as the basis to better understand the consequences of these changes.

“When you remove large sharks, then small sharks are very abundant and they consume more of the invertebrates that we humans eat,” Pimiento said. “Recent estimations show that large-bodied, shallow-water species of sharks are at greatest risk among marine animals, and the overall risk of shark extinction is substantially higher than for most other vertebrates.”

Pimiento plans to further investigate possible correlations between changes in megalodon’s distribution and the evolutionary trends of marine mammals, such as whales and other sharks.

“When we calculated the time of megalodon’s extinction, we noticed that the modern function and gigantic sizes of filter feeder whales became established around that time,” Pimiento said. “Future research will investigate if megalodon’s extinction played a part in the evolution of these new classes of whales.”

The slowly unraveling details of megalodon’s extinction and various aspects of its natural history have consumed Pimiento’s research for the past six years, including ongoing analysis of megalodon’s body size and a 2010 PLOS ONE study that proposed Panama served as a nursery habitat for the species.

For the new study, researchers used databases and scientific literature of the most recent megalodon records and calculated the extinction using a novel mathematical model proven reliable in recent experimental testing by study co-author Christopher F. Clements with the Institute of Evolutionary Biology and Environmental Studies at the University of Zurich.

Vertebrate paleontologist Jorge Velez-Juarbe with the Natural History Museum of Los Angeles County said the study will not only serve as a key reference for debunking the myth that megalodon still exists, but its novel methods will influence the future of scientific research of extinct animals and plants.

Web articles – via partners/network co-ordinators. This website and its contents are the exclusive property of ANGA Media Corporation . We appreciate your feedback and respond to every request. Please fill in the form or send us email to: [email protected]
Previous: Cressida Bonas : Prince Harry’s On-Off Girlfriend rocks ripped jeans and bed-hair
Next: Sean Harrington cop accused of forwarding nude suspect photos (Video)