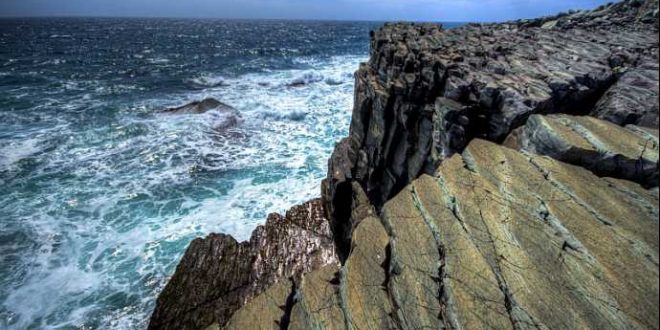 Mistaken Point Ecological Reserve on the southeastern tip of Newfoundland’s Avalon Peninsula has made the list of World Heritage Sites designated by the United Nations Educational, Scientific and Cultural Organization (UNESCO).

Isabella Antonella-Gabrielle says the area located in Portugal Cove South on the Southern Avalon is rich with history dating back billions of years.

She says Mistaken Point was worthy of the designation because it provides us with a unique place where we can trace three-billion years of the evolution of life on earth.

The site had already been singled out by other agencies both provincially and nationally, and is known world-wide for fossils.

The site now ranks among the most important parts of the province along with Gros Morne, L’Anse aux Meadows and The Red Bay Basque Whaling Station.

Residents in Portugal Cove South celebrated the decision announced yesterday with a motorcade through the town.

Web articles – via partners/network co-ordinators. This website and its contents are the exclusive property of ANGA Media Corporation . We appreciate your feedback and respond to every request. Please fill in the form or send us email to: [email protected]
Previous: Pokemon Go Canada: App is now officially available – How to Install and Play
Next: Big groups of humpbacks reported “Photo”