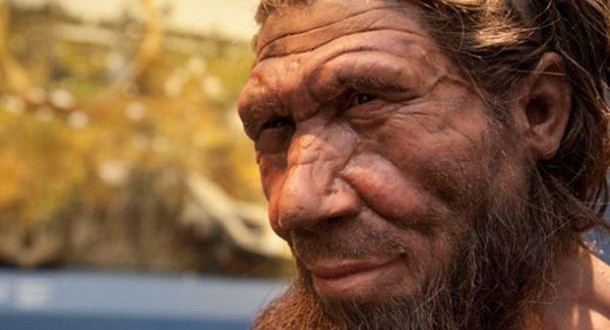 Recent studies have identified that individuals of Eurasian origins inherited somewhere between one and four percent of their DNA from Neanderthals. These findings have led to numerous postulations about how these genetic variants may have affected physical characteristics or the behavior of modern humans, ranging from skin color to heightened allergies to fat metabolism.

Now, the first study that directly compares Neanderthal DNA in the genomes of a significant population of adults of European ancestry with their clinical records confirms that this archaic genetic legacy has a subtle but significant impact on modern human biology.

“Our main finding is that Neanderthal DNA does influence clinical traits in modern humans: We discovered associations between Neanderthal DNA and a wide range of traits, including immunological, dermatological, neurological, psychiatric and reproductive diseases,” said John Capra, senior author of the paper “The phenotypic legacy of admixture between modern humans and Neanderthals” published in the Feb. 12 issue of the journal Science. The evolutionary geneticist is an assistant professor of biological sciences at Vanderbilt University.

Some of the associations that Capra and his colleagues found confirm previous hypotheses. One example is the proposal that Neanderthal DNA affects cells called keratinocytes that help protect the skin from environmental damage such as ultraviolet radiation and pathogens. The new analysis found Neanderthal DNA variants influence skin biology in modern humans, in particular the risk of developing sun-induced skin lesions called keratosis, which are caused by abnormal keratinocytes.

In addition, there were a number of surprises. For example, they found that a specific bit of Neanderthal DNA significantly increases risk for nicotine addiction. They also found a number of variants that influence the risk for depression: some positively and some negatively. In fact, a surprisingly number of snippets of Neanderthal DNA were associated with psychiatric and neurological effects, the study found.

“The brain is incredibly complex, so it’s reasonable to expect that introducing changes from a different evolutionary path might have negative consequences,” said Vanderbilt doctoral student Corinne Simonti, the paper’s first author.

According to the researchers, the pattern of associations that they discovered suggest that today’s population retains Neanderthal DNA that may have provided modern humans with adaptive advantages 40,000 years ago as they migrated into new non-African environments with different pathogens and levels of sun exposure. However, many of these traits may no longer be advantageous in modern environments.

One example is a Neanderthal variant that increases blood coagulation. It could have helped our ancestors cope with new pathogens encountered in new environments by sealing wounds more quickly and preventing pathogens from entering the body. In modern environments this variant has become detrimental, because hypercoagulation increases risk for stroke, pulmonary embolism and pregnancy complications.

In order to discover these associations, the researchers used a database containing 28,000 patients whose biological samples have been linked to anonymized versions of their electronic health records. The data came from eMERGE – the Electronic Medical Records and Genomics Network funded by the National Human Genome Research Institute – which links digitized records from Vanderbilt University Medical Center’s BioVU databank and eight other hospitals around the country.

This data allowed the researchers to determine if each individual had ever been treated for a specific set of medical conditions, such as heart disease, arthritis or depression. Next they analyzed the genomes of each individual to identify the unique set of Neanderthal DNA that each person carried. By comparing the two sets of data, they could test whether each bit of Neanderthal DNA individually and in aggregate influences risk for the traits derived from the medical records.

“Vanderbilt’s BioVU and the network of similar databanks from hospitals across the country were built to enable discoveries about the genetic basis of disease,” said Capra. “We realized that we could use them to answer important questions about human evolution.”

Web articles – via partners/network co-ordinators. This website and its contents are the exclusive property of ANGA Media Corporation . We appreciate your feedback and respond to every request. Please fill in the form or send us email to: [email protected]
Previous: Extinct, Toxic Flowers Found Trapped in Amber
Next: Vanity singer dies in hospital aged 57 after “years of ill health”