Home » Science » Oceans are warming so fast that readings are now off the chart, Report 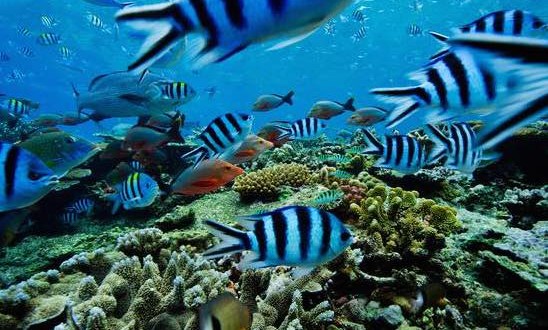 Oceans are warming at an accelerated pace — forcing scientists at the National Oceanic and Atmospheric Administration (NOAA) to re-scale its heat chart to account for the warming that occurred in 2014. 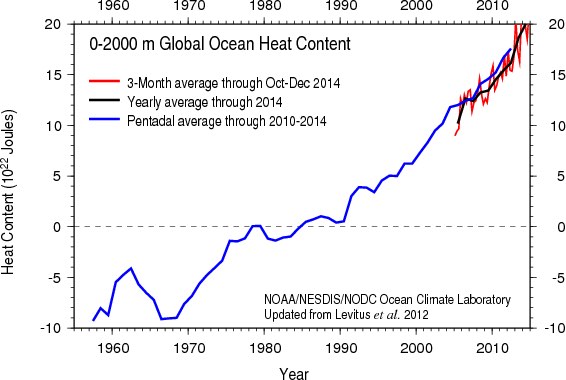 The release of the Global Ocean Heat Content data follows figures which showed 2014 was also a record-breaking year for average global air temperatures, which are measured by recording the earth’s temperature near the ground or at the sea surface.

But, as Dr John Abraham, professor of thermal sciences at the University of St Thomas, explained in a recent Guardian article, the global ocean data – which also showed 2014 as the hottest year on record – is a much more relevant measure of global warming.

Global warming is properly viewed as the amount of heat contained within the Earth’s energy system. So, air temperatures may go up and down on any given year as energy moves to or from the air (primarily from the ocean). What we really want to know is, did the Earth’s energy go up or down?

Dr Abraham says this is the “clearest nail in the coffin” that there has been no let up in global warming.

Web articles – via partners/network co-ordinators. This website and its contents are the exclusive property of ANGA Media Corporation . We appreciate your feedback and respond to every request. Please fill in the form or send us email to: [email protected]
Previous: John Kerry : Don’t blame Muslims for violent extremism
Next: Chrissy Teigen : Supermodel Cracks Bone, Posts Sexy Picture From Hospital