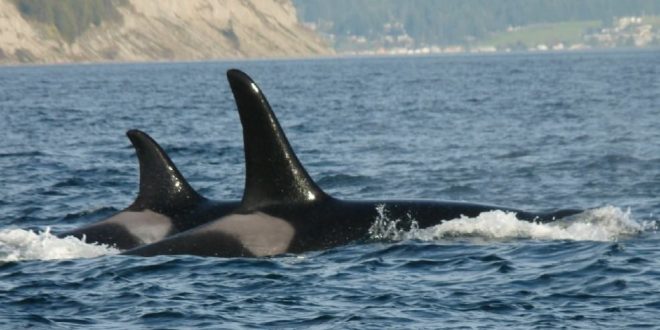 A necropsy has revealed the deceased orca suffered blunt force trauma to the head, according to the Department of Fisheries and Oceans.

That could indicate J34, a member of the endangered southern killer whale population, was struck and killed by some kind of vessel, spokesman Paul Cottrell said.

The orca was found floating near the Sunshine Coast community of Sechelt on Tuesday. At 18 years old, the cetacean is considered to have been in the prime of his life.

The number of southern resident killer whales has dropped in recent decades and the animals were listed as endangered in 2005.

After the October 2016 deaths of a 23-year-old female, J28, and likely her 10-month-old calf, experts from the Center for Whale Research said dwindling food sources were a main factor in the population’s decline.

Worldwide, there are about 50,000 killer whales, according to the National Oceanic and Atmospheric Association.

Web articles – via partners/network co-ordinators. This website and its contents are the exclusive property of ANGA Media Corporation . We appreciate your feedback and respond to every request. Please fill in the form or send us email to: [email protected]
Previous: Carrie Fisher: Star Wars legend dies at age 60
Next: NASA’s giant laser is used to study phytoplankton