Home » Science » Record levels of pollutants found in a hawk in Langley, Study 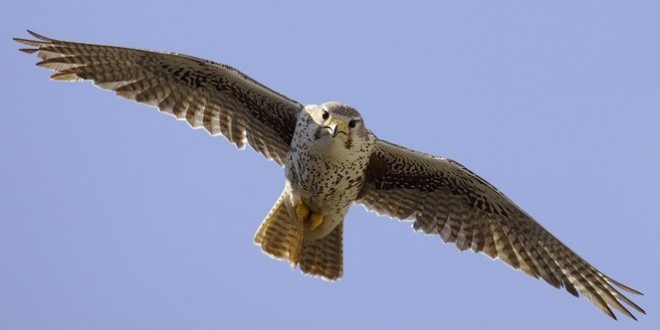 Record levels of pollutants found in a hawk in Langley, Study

Record levels of pollutants found in a hawk in Langley, Study

Local researchers collected Cooper’s hawks and peregrine falcons from 2000 to 2009, bringing them to rehabilitation centres either injured or dead. The birds were from across the region, the Okanagan and Vancouver Island, according to Kyle Elliott, of McGill University and study co-author.

Birds found with the highest levels of contaminants in their system were in Vancouver, but Langley had a Cooper’s hawk with the highest-ever recorded levels at 197,000 parts per billion of polybrominated diphenyl ethers (flame retardant).

In 13 Cooper’s hawks examined from Greater Vancouver, the average was 1,873 parts per billion of PBDE.

“These flame retardants were put on for many years if you didn’t want anything to catch fire – such as electrical appliances, computers in particular – basically any e-waste, even car upholstery,” Elliott said.

“They were actually (restricted) in Canada in the mid-2000s for many different concerns, but many of these things remain and get thrown out in landfills.”

The report states that due to pollution biomagnifying through food webs, its greatest concentrations are in top predators – such as hawks feeding on starlings that feed off human garbage or waste.

“I think we’ve done the most important step, to have those compounds banned,” he said. “It takes a long time to work their way through the system.”

Elliott said he and his colleagues are continuing to monitor urban raptors to understand the pathways of where these hawks are picking up these chemical compounds and carrying them back into the wildlife.

Web articles – via partners/network co-ordinators. This website and its contents are the exclusive property of ANGA Media Corporation . We appreciate your feedback and respond to every request. Please fill in the form or send us email to: [email protected]
Previous: Mammograms Most Beneficial for Women 50 to 74, expert panel says
Next: Confirmed: BlackBerry acquires WatchDox for $100m