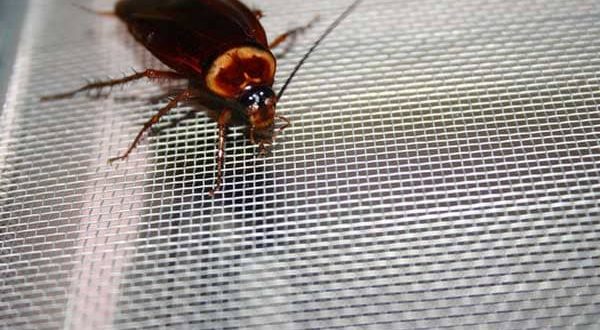 Long before humans had pets or roommates or any other beasts of questionable hygiene sharing their homes, we lived with bugs. The average household has around 100 species of arthropod, happily passing their days: centipedes in your storage area, booklice in your books, cockroaches literally … wherever.

But it’s only recently that scientists have begun to understand how the physical attributes of your home can make it more, or less, hospitable to insects, arachnids, diplopods, and others. Basically, if you live in a ground floor apartment, with carpet and windows, and you wear shoes inside, you might as well have invited them in.

“We are just beginning to realize–and study–how the home we create for ourselves also builds a complex, indoor habitat for bugs and other life,” says Dr. Misha Leong, lead author and postdoctoral researcher at the Academy. “We’re hoping to better understand this age-old coexistence, and how it may impact our physical and mental well-being.”

Humans spend the majority of their time indoors. Aside from pests, most life within the home–be it bacteria, fungi, or arthropods (a group that includes insects and their close relatives like spiders and millipedes)–has rarely been studied. The scientific team surveyed 50 urban homes in Raleigh, North Carolina to see what it is about a home that might lead to a buggier abode.

From the attic to the basement

Next time you climb the stairs, remember that insects, too, prefer lower levels. Survey findings revealed that as floor numbers increase, fewer types of insects thrive. Larger rooms, especially on the ground floor (or even below ground), harbored more insect diversity. More varied types of insects were also observed in carpeted rooms versus those with bare floors as well as “airier” rooms with more windows and doors offering greater accessibility to the outdoors. Species diversity within the home tends to mirror the life thriving outside, with neighborhood affluence playing an important and recently studied role.

“While the idea of uninvited insect roommates sounds unappealing, bugs in houses may contribute to health in a roundabout way,” says Dr. Michelle Trautwein, senior author and the Academy’s Schlinger Chair of Diptera. “A growing body of evidence suggests some modern ailments are connected with our lack of exposure to wider biological diversity, particularly microorganisms–and insects may play a role in hosting and spreading that microbial diversity indoors.”

Every room within the home revealed a complex ecological structure of predator and prey–with scavenger species, strays from the outdoors, and transient go-betweens all playing critical roles. The study also noted how indoor ecology is much like island ecology–a scientific discipline that examines what lives where, and why. Once species permeate inside, they tend to colonize their new “island” habitat and disperse across the household.

“We’re beginning to see how houses can be a passive go-between for insects traveling through the surrounding landscape,” says Trautwein. “The more numerous the entry points of windows and doors, the more diverse the community that thrives inside.”

No need to de-clutter; cats and pups are a-ok

For the messy among us, rest assured: study findings revealed that tidiness does not play a significant role in insect diversity except for the presence of cellar spiders–delicate, long-legged critters of the family Pholcidae typically spotted in damp crawl spaces. While more cluttered areas hosted a greater number of these web-spinners, on the whole human behavior played a minimal role in determining the composition of bug communities in the survey.

The presence of cats or dogs, houseplants, pesticides, and dust bunnies revealed no significant impact, suggesting that our indoor communities are more strongly influenced by the environment outside the window than how tidily we live inside with Fido and Kitty.

“Even though we like to think of our homes as shielded from the outdoors, wild ecological dramas may be unfolding right beside us as we go about our daily lives,” says Leong. “We’re learning more and more about these sometimes-invisible relationships and how the homes we choose for ourselves also foster indoor ecosystems all their own.”

Web articles – via partners/network co-ordinators. This website and its contents are the exclusive property of ANGA Media Corporation . We appreciate your feedback and respond to every request. Please fill in the form or send us email to: [email protected]
Previous: Dinosaurs Could Have Survived The Asteroid, Researchers Say
Next: Researchers send E. coli bacteria to space for rare experiment