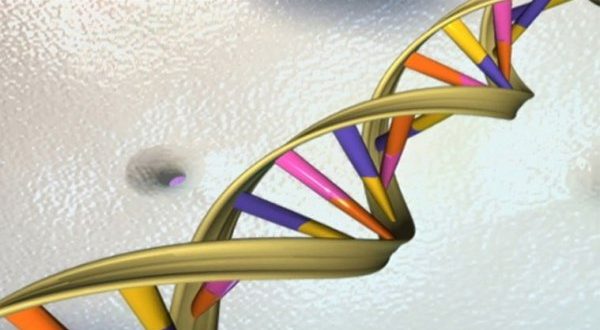 A new research from The Scripps Research Institute (TSRI) has offered a surprising twist of how life began on earth, questioning the likeability of the “RNA World” Hypothesis and proposing that DNA may have also existed when life began.

“Even if you believe in a RNA-only world, you have to believe in something that existed with RNA to help it move forward,” Ramanarayanan Krishnamurthy, senior author of the new study and an associate professor of chemistry at TSRI, explained Wednesday in a statement. “Why not think of RNA and DNA rising together, rather than trying to convert RNA to DNA by means of some fantastic chemistry at a prebiotic stage?”

The RNA World hypothesis argues that self-replicating molecules of ribonucleic acid formed through a series of chemical reactions, which evolved to create both proteins and enzymes that eventually led to the production of DNA and, ultimately, the evolution of complex organisms. This, Krishnamurthy and his colleagues claim, may not necessarily have been the case.

RNA, DNA may have evolved at the same time, study authors claim
If the RNA World theory is accurate, they said, many experts believe that there would have been several instances in which RNA nucleotides and DNA backbones intermingled to form strands of “heterogeneous” molecules – stepping stones in the transition to actual, full-blown DNA.

The problem with this, according to the TSRI team, is that their research revealed a significant loss of stability when RNA and DNA shared a common backbone. Such molecules are not able to hold together as well as either pure RNA or pure DNA, which would mean that their ability to contain genetic information and to reproduce would likely have become comprised.

“We were surprised to see a very deep drop in what we would call the ‘thermal stability,’” said Krishnamurthy. The reason for this, he and his fellow authors reported, appeared to be associated with differences between the structures of DNA sugar molecules and RNA sugar molecules. The study supports previous work indicating that the mixing of RNA and DNA resulted in the loss of nucleotide-binding aptamers.

Their findings suggest that hybrid RNA-DNA molecules would likely have died off in the RNA World, leaving behind the more stable pure RNA molecules. Currently, when RNA nucleobases become joined to DNA strands in error, sophisticated enzymes enter the picture and correct their mistake, but the study authors believe that these enzymes would not have existed during the time RNA and DNA initially came to be, meaning that any transition from the former to the latter may have been too difficult without some mechanism to keep them separated.

Krishnamurthy’s team proposes instead that RNA and DNA may have arisen together. If this were the case, DNA could have established its own homogeneous system before encountering RNA. RNA may have still evolved to produce DNA, they noted, but only after first coming in contact with the molecules and learning about the raw materials that comprised it.

Web articles – via partners/network co-ordinators. This website and its contents are the exclusive property of ANGA Media Corporation . We appreciate your feedback and respond to every request. Please fill in the form or send us email to: [email protected]
Previous: ISPs deliver speeds faster than advertised, says CRTC-commissioned report
Next: Researchers could unleash genetically-edited organisms into wild, warn experts