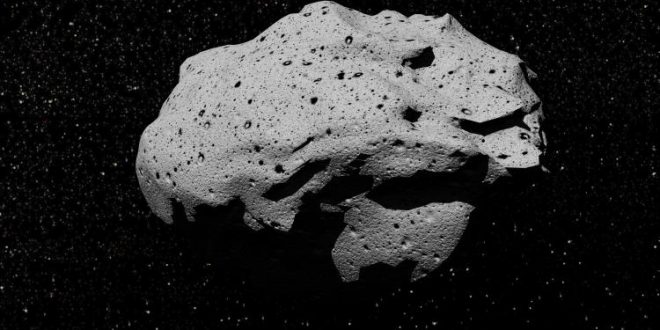 The research outlines a plan to send 50 nanoprobes propelled by electric solar wind sails (E-sails) to conduct flybys and science observations at more than 300 of the largest and most interesting asteroids in the belt.

“Asteroids are very diverse and, to date, we’ve only seen a small number at close range. To understand them better, we need to study a large number in situ. The only way to do this affordably is by using small spacecraft,” says Dr Pekka Janhunen.

In the mission scenario, the nanosats flyby their target asteroids at a range of around 1000 kilometres. Each nanosat carries a 4-centimetre telescope capable of imaging the surface of asteroids with a resolution of 100 metres or better. An infrared spectrometer analyses spectral signatures in light reflected or emitted by the asteroid to determine its mineralogy. The instruments can be pointed at the target using two internal reaction wheels inside the nanosats.

“The nanosats could gather a great deal of information about the asteroids they encounter during their tour, including the overall size and shape, whether there are craters on the surface or dust, whether there are any moons, and whether the asteroids are primitive bodies or a rubble pile. They would also gather data on the chemical composition of surface features, such as whether the spectral signature of water is present,” says Janhunen.

E-sails make use of the solar wind – a stream of electrically charged particles emitted from the Sun – to generate efficient propulsion without need for propellant. Thrust is generated by the slow rotation of a tether, attached at one end to a main spacecraft carrying an electron emitter and a high-voltage source and at the other to a small remote unit. The spinning tether completes a rotation in about 50 minutes, tracing out a broad, shallow cone around a centre of mass close to the main spacecraft. By altering its orientation in relation to the solar wind, the nanosat can change thrust and direction.

The thrust generated by E-sails is small; a 5 kilogramme spacecraft with a 20-kilometre tether would give an acceleration of 1 millimetre per second at the distance of the Earth from the Sun. However, calculations show that, on top of the initial boost from launch, this is enough for the spacecraft to complete a tour through the asteroid belt and back to Earth in 3.2 years. Nanosatellites do not have the capacity for a large antenna, so the concept includes a final flyby of Earth to download the data. The overall mission would cost around 60 million Euros, including launch, giving a cost of about 200,000 Euros for each asteroid visited.

“The cost of a conventional, state-of-the-art mission to visit this number of asteroids could run into billions. This mission architecture, using a fleet of nanosats and innovative propulsion, would reduce the cost to just a few hundred thousand Euros per asteroid. Yet the value of the science gathered would be immense,” says Janhunen.

Web articles – via partners/network co-ordinators. This website and its contents are the exclusive property of ANGA Media Corporation . We appreciate your feedback and respond to every request. Please fill in the form or send us email to: [email protected]
Previous: Researchers Find Underwater City Built by Octopuses
Next: Russian helicopter fires on spectators at drills (Watch)