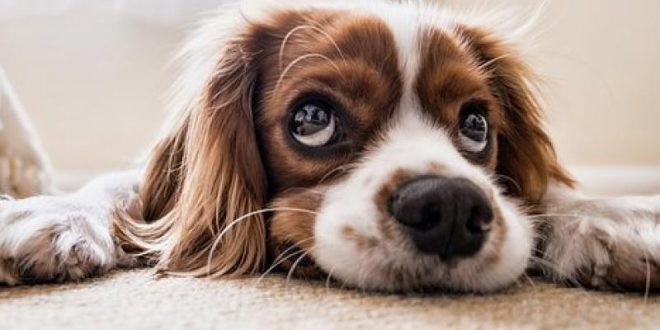 Scientists believe they have broken ground in dog-human relations by demonstrating that dogs show strong emotional responses to human faces.

Scientists in the Canine Mind group showed 43 dogs images of smiling and angry faces on a computer screen. Each dog was tested twice: once under the influence of oxytocin, which was administered as part of the test, and once without oxytocin. The dog’s gaze on the images and pupil size were measured with an eye-tracking device. Emotions and attentiveness guide the gaze and regulate pupil size, making eye tracking a window into the dogs’ minds.

Dogs typically focus on the most remarkable aspect of each situation, such as threatening stimuli in a frightening situation. Recognising and interpreting threats quickly is important for survival. Dogs under the influence of oxytocin were more interested in smiling faces than they were in angry ones.

In addition, oxytocin also influenced the dogs’ emotional states, which was evident in their pupil size.

“We were among the first researchers in the world to use pupil measurements in the evaluation of dogs’ emotional states. This method had previously only been used on humans and apes,” says Professor Outi Vainio, who heads the research group.

Without oxytocin, the dogs’ pupils were at their largest when they looked at angry faces. This indicated that the angry faces caused the most powerful emotional reaction in the dogs. Under the influence of oxytocin, however, images of smiling faces enhanced the dogs’ emotional state more than angry ones. This is to say that oxytocin probably made the angry faces seem less threatening and the smiling faces more appealing.

Professor Vainio’s research group has previously successfully applied eye tracking and EEGs to studying the canine mind. In this study, the group partnered with József Topál, a Hungarian pioneer of canine research who specialises in dog-human interaction and the social intelligence of dogs.

Web articles – via partners/network co-ordinators. This website and its contents are the exclusive property of ANGA Media Corporation . We appreciate your feedback and respond to every request. Please fill in the form or send us email to: [email protected]
Previous: Research finds male dolphins offer gifts to potential female mates
Next: Flight Delay Turns into Canadian Airport Party (Video)