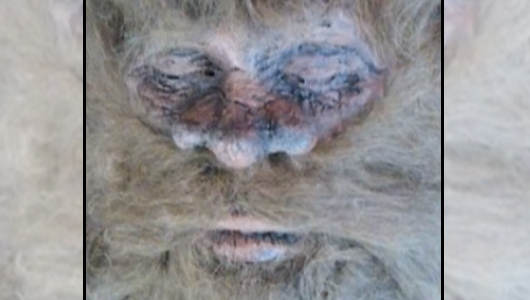 For those still on the fence regarding the existence of the legendary Bigfoot, hunter Rick Dyer is here to offer you proof that they’re out there. And hey look, he even shot and killed one for you to pay to see.

“Every test that you can possibly imagine was performed on this body — from DNA tests to 3D optical scans to body scans,” Dyer told KSAT. “It is the real deal. It’s Bigfoot and Bigfoot’s here, and I shot it and now I’m proving it to the world.”

Dyer said he nailed pork ribs to a tree as bait. First he captured a cell phone video of the animal, and when he came in the next time, Dyer shot him.

But before you send in an application for your next bigfoot tag, you should know that Dyer tried a similar stunt in 2008. He and an associate claimed to have a bigfoot body that turned out to be a rubber ape suit.

Web articles – via partners/network co-ordinators. This website and its contents are the exclusive property of ANGA Media Corporation . We appreciate your feedback and respond to every request. Please fill in the form or send us email to: [email protected]
Previous: Fast Weight Loss Program : Plan Diet
Next: Extreme Cold : Escapee Surrenders as Temperatures Plummet