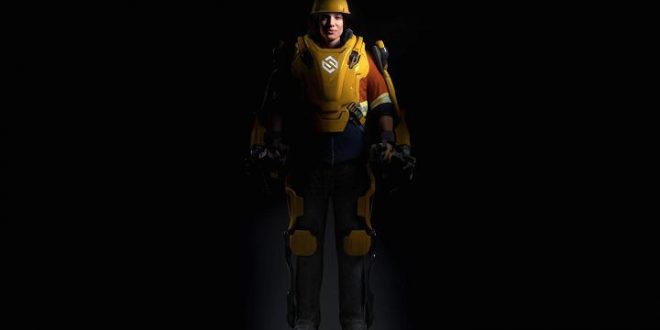 This Robot Gives You Arms to Lift a Half-Ton (Video)

This Robot Gives You Arms to Lift a Half-Ton (Video)

Say hello to Guardian GT, who wants to take the strain out of your manual labor.

This mean-looking machine from Sarcos Robotics is designed to give you superhuman strength. Its pair of seven-foot arms, each able to lift 500 pounds, is controlled with eerie smoothness by a human.

Sarcos CEO Ben Wolff was very clear about the philosophy behind creating machines that will give human workers superhuman strength:

To err may be human, but it’s really, really difficult to get a robot to be able to do all the kinds of analytics and decision-making that humans can do. The processor that we all have … is absolutely the best on the planet. So while there will always be error, the fact is that there will be even more error if we were solely relying on AI.

The 1980s prosthetic manufacturer became the robotics arm of the defense contractor Raytheon in 2007 before regaining its independence in 2014. Rather than substituting human intellect for silicon, however, Sarcos believes that real people remain the most practical solution to our modern world’s need for industrial innovation. Wolff explained:

The type of robots that we’re focused on are robots that are going to be doing dangerous and difficult tasks or operating in really dangerous environments. We believe that the best way to go about performing those tasks is to leverage the human mind to control the machine.

CNBC’s Magdalena Petrova was given the chance to test the Guardian GT, a remotely operated hulk of metal that was controlled via the movement of her arms. The $60,000 Guardian S is a serpentine variation intended for delicate search and rescue operations. But the company’s boldest idea is the Guardian XO, a full-body exoskeleton being designed for both industrial and military use.

The Sarcos approach to our ever-more-automated world is more hopeful than most, offering a solution between the possibilities of old-fashioned blood and sweat labor and a future where humanity is made obsolete by robots.

Web articles – via partners/network co-ordinators. This website and its contents are the exclusive property of ANGA Media Corporation . We appreciate your feedback and respond to every request. Please fill in the form or send us email to: [email protected]
Previous: Two dead after police-involved shooting at Ontairo hospital
Next: September 2017’s intense solar activity viewed from space