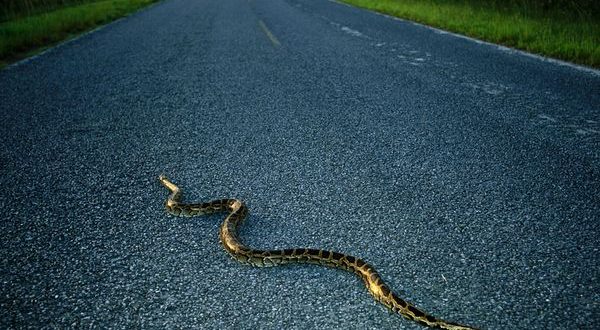 Scientists have listed the top 15 alien species invaders most commonly found on islands around the world and their impacts on native flora and fauna.

Islands and mainland coastal regions were found to be the most likely places to be colonised by foreign species.

The top three locations with the highest numbers of established alien species were the Hawaiian Islands, New Zealand’s North Island, and the Lesser Sunda Islands in Indonesia.

Lead author Dr Wayne Dawson, from the University of Durham, said: “Our research shows that islands and mainland coastal regions contain higher numbers of established alien plants and animals, and this may be because these areas have major points of entry like ports.

“In general, regions that are wealthier and where human populations are denser also have more alien species, but these effects are stronger for islands.

“More work is needed to understand whether these effects arise because more species are introduced to hotspot regions, or because human disturbance in these regions makes it easier for the newcomers to find vacant spaces and opportunities to thrive.”

One dramatic example of an invading species is the Burmese python, which has made a new home in Florida, US, the top hotspot among coastal mainland regions.

The Hawaiian Islands had high numbers of alien species in every one of the eight groups studied, said the researchers.

In New Zealand, around half the North Island’s established plant life originated elsewhere.

Dr Dawson added: “While species have been moved around the globe throughout history, more and more species will be introduced as the world becomes ever more connected, and the human population continues to grow.

“Many of these incoming species are useful, and won’t establish and spread in their new homes, but some will, with varying levels of impact on resident species and ecosystems.”

The research is reported in the journal Nature Ecology & Evolution.

Web articles – via partners/network co-ordinators. This website and its contents are the exclusive property of ANGA Media Corporation . We appreciate your feedback and respond to every request. Please fill in the form or send us email to: [email protected]
Previous: Smoke from Wildfires Can Have Lasting Climate Impact, A New Study Reveals
Next: London Fire: At Least Six Deaths Confirmed, Dozens Hospitalized