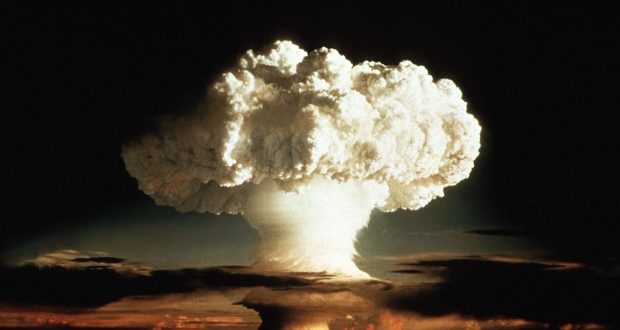 Scientists just voted on declaring a new geological age influenced by humans. The Anthropocene epoch is said to be a “new age of man” signifying the intense influence human activity is having on the future geological record.

Humanity’s influence on the Earth is so great, an entirely new geological epoch called the Anthropocene should be declared, according to scientists from the Working Group on the Anthropocene, who recommended the change to the International Geological Congress in Cape Town on Monday, the Guardian reported.

The Anthropocene epoch should begin in about 1950, as man-made developments ended the geological time defined by the current epoch, the Holocene, the scientists said. The Holocene encompasses the 12,000 years since the last ice age.

Mid-20th century phenomena, such as carbon dioxide emissions, rising sea levels, the global mass extinction of species and deforestation, have ended the Holocene epoch, the scientists said. The Anthropocene would be defined geologically by the effects of nuclear bomb tests, plastic pollution, concrete and more, according to scientists.

“The significance of the Anthropocene is that it sets a different trajectory for the Earth system, of which we of course are part,” Prof. Jan Zalasiewicz, a geologist at the University of Leicester and chair of the Working Group on the Anthropocene told the Guardian.

The Working Group on the Anthropocene has researched the epoch since 2009.

“If our recommendation is accepted, the Anthropocene will have started just a little before I was born,” Zalasiewicz said. “We have lived most of our lives in something called the Anthropocene and are just realizing the scale and permanence of the change.”

Web articles – via partners/network co-ordinators. This website and its contents are the exclusive property of ANGA Media Corporation . We appreciate your feedback and respond to every request. Please fill in the form or send us email to: [email protected]
Previous: Google integrates Cast into Chrome browser “Report”
Next: Samsung releases new Gear S3 smartwatch (Video)